Bill and Ted team up for the third time on a gnarly time traveling adventure to totally bring harmony to the universe, On Demand and in theaters September 1, 2020. 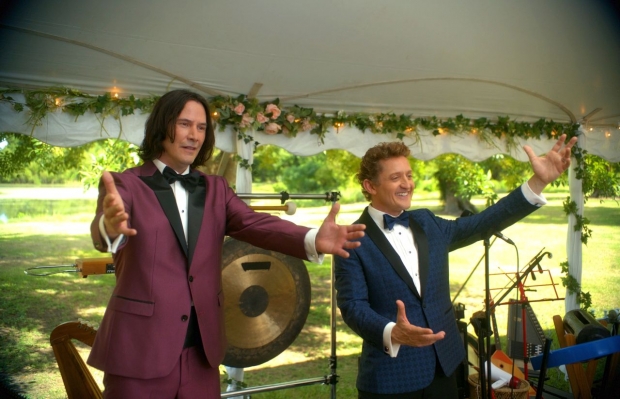 We have some most excellent news, dudes! Orion Pictures has dropped trailer numero dos for Bill & Ted Face the Music and it looks radical. They’ve got wives, they’ve got daughters, and they’ve got to save the world once again. Woah!

The stakes are higher than ever for the time-traveling exploits of William "Bill" S. Preston Esq. and Theodore "Ted" Logan.  Yet to fulfill their rock and roll destiny, the now middle-aged best friends set out on a new adventure when a visitor from the future warns them that only their song can save life as we know it. Along the way, they will get help from their daughters, a new batch of historical figures, and a few music legends — as they seek the song that will set their world right and bring harmony to the universe.

Bill & Ted Face the Music will premiere On Demand and in theaters September 1, 2020!