Marketed like a feature film in France (posters, trailers, etc.) and broadcast on TV, web and in cinemas, The Berryfly Effect, or in French L'Effet Papayon, is one of the most ambitious projects created for soft drink brand Oasis. After cultivating a devoted fan base for their band of fruity characters through commercials and social media, Oasis and the agency Marcel tapped WIZZdesign and acclaimed 3D animation collective Andy's to further develop these personalities with an original series that combined animation and live action to capture the attention of a more adult audience.

WIZZ utilized another department from the Quad Production Group for the script, working with feature film screenwriter Yoann Gromb (writer of Heartbreaker starring Vanessa Paradis and Romain Duris, among others). The result is a quick-witted script ripe with pop culture references and fruity puns, which had to be carefully planned down to the pixel before shooting the live action elements.

"The shoot was intense," commented WIZZ producer Matthieu Poirier.  "With a crew of 60 people, we shot 11 sets with crowds in a studio over 3 days, doing 30 shots per day."

After the shoot, the team had only eight weeks to combine the strikingly detailed and complex SFX with the live action for the first episode, an effort that required a post production team of nearly 30.

"The 3D was very smooth because we had everything really well prepared. Hyper real CG is one our of signatures so [this project] was really motivating for the entire team," said Poirier.

Working with 3D studio Unit Image, the post production team used 3DS Max to animate the characters, V-Ray and Photoshop for rendering and textures, and After Effects for compositing.

The series launched in April, with new episode to premiere each month through July. If the poster is any indication, we can expect this story to cover all the cinematic bases of a summer blockbuster. 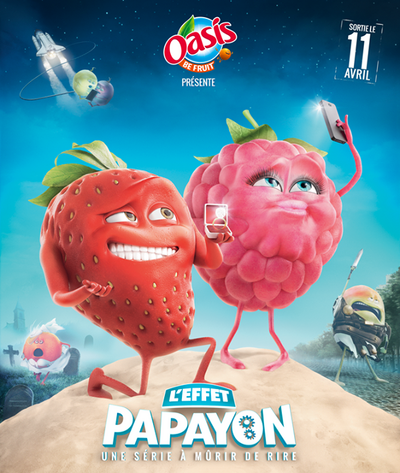