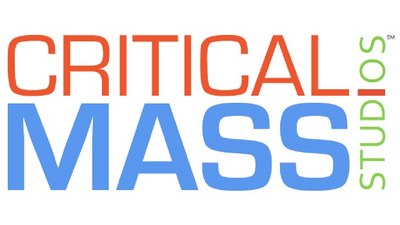 CMS, which transforms global, multi-platform distribution, rights management and monetization for the entertainment and publishing industries with critical mass tracking technology, marks their first venture since selling their company to Amazon.com in 2008.

"Critical Mass Studios is building a new ecosystem around the frictionless management of rights," said CEO Straus. "Content is being distributed globally on every imaginable platform.  Owners must not only have visibility throughout their entire library, but also be able to track and deliver instantly on all kinds of new deals. Those who don't institute a forward-looking system to monetize and track effectively in the new world of distribution will leave tremendous amounts of money on the table."

In their first major acquisition, the trio behind the new company has teamed with entrepreneur Rob Delf and purchased RightslineSoftware Inc., which has been under Delf's control since 2007. RightsLine currently tracks more than 65,000 contracts and is widely considered to be the entertainment industry's most powerful rights and contract management platform for major studios, television companies and publishers, including NBCUniversal, MGM, Fremantle and Samuel French.

RightsLine provides unique intelligence on complex rights availabilities and expiries in all media and territories throughout the world. By offering the only real time availabilities calculations deployed in the entertainment industry, it is intended to streamline workflows in the exploitation of highly active global catalogs.

"RightsLine software sits at the core of the Critical Mass Studios mission.  We're going to be announcing some very exciting deals this year," commented Delf, president of CMS and CEO of RightsLine. “We intend to be among the few enterprises that will emerge at the center of the value chain for rights, serving as the nexus whereby rights holders, licensors, distributors, promoters and brands will communicate and transact.“

Straus, Neulight and Kramer most recently operated Withoutabox for Amazon.com and oversaw the Los Angeles expansion of Amazon-owned IMDb, the world's largest collection of movie, TV and celebrity information. Delf sold his software engineering company, Tryarc, to the Japanese conglomerate NTT Data in 2007.