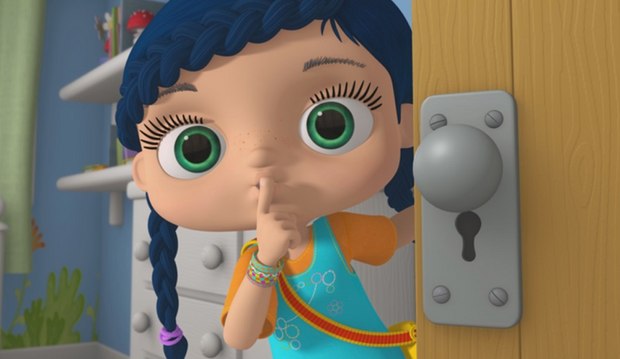 HÖHENKIRCHEN/MUNICH -- The preschool animation series Wissper (52 x 7 minutes) is set to make its debut in the U.S. on Nick Jr. in 2016. Nickelodeon has secured the U.S. broadcasting rights from German brand management and media company m4e, which is co-producing the highly anticipated TV show with Absolutely Cuckoo, Telegael, Discreet Art Productions, and BASTEI Media.

The series is being sold internationally by m4e AG, having been commissioned by Channel 5 in the U.K. for broadcast as part of its award-winning pre-school strand, Milkshake. Wissper is the first original commission for Milkshake to be picked up by Nickelodeon in the U.S. since its parent company Viacom Inc. completed its takeover of Channel 5 last year.

“We are very proud that Nick Jr. has picked up Wissper for the U.S. market, and it confirms to us our high expectations for the show,” says m4e CEO Hans Ulrich Stoef. “This absolutely marks another significant milestone for establishing this property as a global preschool brand.”

Wissper is aimed at preschoolers and children. The series concerns a perfectly normal little girl called Wissper, who has a very special talent -- she is able to communicate with animals. She is thus in a position to understand their problems and then assist them. Consequently, Wissper the animal whisperer is a wholly natural heroine for young viewers all around the world.

The 52 episodes of the CGI-animated TV-series are created by London-based animation studio Absolutely Cuckoo -- known for the BBC-hit-series Waybuloo in coproduction with m4e AG, Telegael (Ireland), Discreet Art Productions (India), and the German BASTEI Media GmbH, a subsidiary of publisher Bastei Lübbe AG. Episodes 1-26 will be available by end of 2015, episodes 27-52 by spring 2016. m4e manages worldwide distribution for the series.