Animated preschool series created by Angela C. Santomero and produced by Out of the Blue Enterprises launches in the U.S., U.K. and Germany on Friday, August 14. 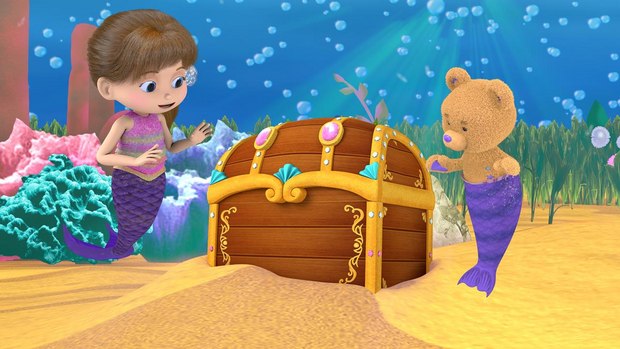 SEATTLE -- Amazon has announced that it will premiere all 13 episodes the Amazon Original Series Wishenpoof on Friday, August 14 for Amazon Prime members in the U.S., U.K. and Germany. Created by Angela C. Santomero (Blue’s Clues, Creative Galaxy, Daniel Tiger’s Neighborhood, Super Why!), and produced by Out of the Blue Enterprises, Wishenpoof is an animated preschool series that revolves around Bianca (Addison Holley, Annedroids, Daniel Tiger’s Neighborhood) as she solves life’s problems in her own creative ways because with magic, or without, we all have the power to make good choices. Wishenpoof is Executive Produced by Santomero, Samantha Freeman (Super Why!, Daniel Tiger’s Neighborhood, Creative Galaxy), Wendy Harris (Blue’s Clues, Super Why!, Creative Galaxy), Steven DeNure (Hank Zipzer), and Anne Loi (Chop Socky Chooks).

“We’re excited to be debuting our next preschool series to our customers who we hope will find Wishenpoof entertaining, playful and inspiring,” said Tara Sorensen, Head of Kids Programming at Amazon Studios. “Bianca is a great role model for younger children, enabling them to take into account others’ perspectives and make good choices.”

“Wishenpoof is one of these magical projects that has been in my head since I was a little girl, so when I started writing, I didn’t want to stop,” said Santomero. “The series is different than anything currently on the air -- with its expressive 3D character animation and the rich multi-layered, textured designs and environments -- creating a vibrant, magical environment and featuring an amazing anthem in every episode that complements the vision for the show.”

Beginning August 14, Prime members can watch episodes of Wishenpoof ad-free with the Amazon Video app for TVs, connected devices and mobile devices, or online at amazon.com/wishenpoof at no additional cost to their membership. Customers who are not already Prime members can sign up for a free trial at amazon.com/prime. Wishenpoof will also be available as part of Amazon FreeTime Unlimited, the all-you-can-eat subscription service designed from the ground up for kids. FreeTime Unlimited is available exclusively on Amazon devices including Amazon Fire TV and Fire tablets, and a year-long subscription is included with every Fire HD Kids Edition.