All new episodes of magical adventures coming to Netflix around the World in Spring 2016. 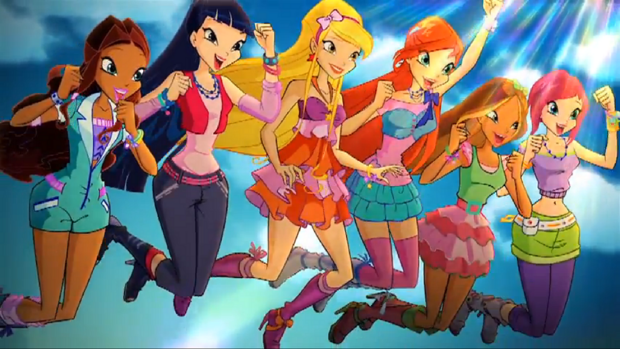 Beverly Hills -- Netflix and Rainbow Studios today announced an expansion to the popular Winx Club franchise with a spin-off series, Winx Club WOW: World of Winx, which will be exclusively available in all Netflix territories including France and Germany. The first of the two all-new seasons will be available by early 2016 with the second following in the autumn. In partnership with this leading European animation studio, Winx Club WOW is the latest addition to the Netflix original kids’ programming range.

In Winx Club WOW, the girls embark on an undercover journey all around the world looking for talented kids in art, sport, music and science. These kids have their own kind of magic, and the Winx Club fairies are enchanted by them -- though it doesn’t take long before trouble sets in, and a new and dangerous mystery arises for Bloom and the others to solve. Winx Club fans will delight in the new approach to storylines that will be more serialised and designed specifically for the on-demand viewing of Netflix members. The two seasons of thirteen 22-minute episodes are packed full of Winx Club’s famous mixture of friendship, magic and adventure.

“We are very happy to be building a solid and wide collaboration with Netflix, so extending it to include new and original content is fantastic news,” says Rainbow Group president and CEO Iginio Straffi. “Netflix is an innovative and exciting presence in the field of content distribution and our production teams are busy putting together what will be a brand new and truly magical experience for Winx Club fans across the globe.”

“Winx Club is already a very successful show on Netflix in all our territories; it’s exciting to be expanding our relationship with such a great European animation studio,” said Erik Barmack, Vice President of Content Acquisition at Netflix. “Rainbow Studios has created a very popular global franchise and we’re thrilled to become the home of the next generation Winx Club for all of its current and future fans.”

The two companies’ existing partnership has already seen the earlier seasons of Winx Club released on the service in all global regions where Netflix is currently available, as well as other hit Rainbow properties PopPixie and Mia and me. Additionally, the most recent Winx Club film, The Mystery of the Abyss, will be available only on Netflix in the U.S., Canada, U.K., Ireland and France shortly after its cinema release earlier this month.