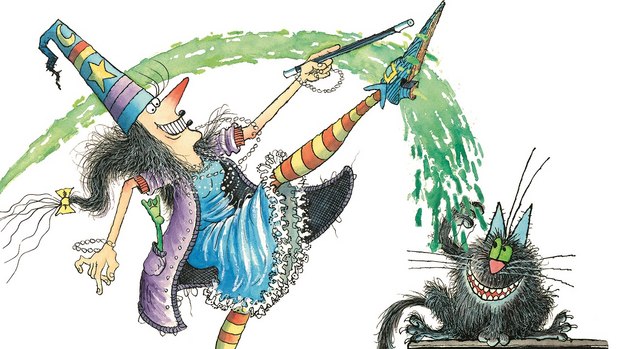 Winnie is, a wild, unpredictable and totally lovable witch. Wilbur the cat is her long suffering best friend who gets caught up in Winnie’s wonderfully wrong spells and their hair-raising consequences.  The amazing and hilarious adventures of Winnie & Wilbur, which are targeted to an audience of 4-7 year-olds, are designed to present the authentic Winnie experience, delighting fans both old and new.

Lesley Keen, founder and CEO of Winduna Enterprises, commented, “We are delighted to announce that Winnie has cast her spell on Discovery Kids Latin America. The Winnie the Witch stories have already enchanted generations of children all around the world and with a first-class production team, Winnie & Wilbur has all the ingredients to become an international hit. We look forward to working closely with Discovery Kids - the leading pay TV network for preschool children in Latin America.”

“We are proud to bring to the Discovery Kids screen this wonderful story and to offer our audience a unique adaptation of this beloved collection of books,” added Flavio Medeiros, Director of Programming and Acquisitions for Discovery Kids Latin America. “We look forward to adding Winnie & Wilbur to our robust line up of animated series and to further its impact through licensing and digital platforms.”

Winnie & Wilbur is produced by Winduna Enterprises alongside animation production partner, King Rollo Films and stars actor and comedian, Katy Brand as Winnie.  The series is distributed internationally by Jetpack Distribution and will make its worldwide debut on Channel 5’s Milkshake in 2017.