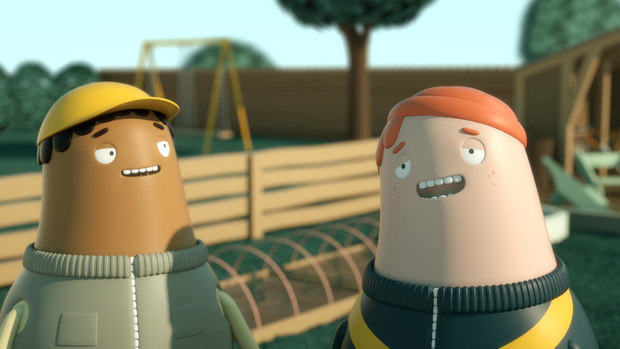 CANNES, France -- The International Academy of Television Arts & Sciences has announced the winners of the 7th International Emmy Kids Awards at a ceremony held on Tuesday at content development and distribution market MIPTV, now underway in Cannes. “This is a difficult world for children to grow up in, with an increasing list of social problems and enormous change.” said International Academy President, Bruce L. Paisner. “The winning programs help entertain, educate and prepare our children for the world they are about to face. This is an honorable task.”

The Emmy statues were presented on stage by an international cast of TV personalities including Mira Awad, creator of the Series Muna, which is about a young Arab woman living in Tel Aviv, and Finnish Actor Pelle Heikkilä. Industry executives from around the world attended the event, held at the Carlton Hotel, in Cannes, France during MIPTV. The International Emmy Kids Awards presenting partners are TV Kids, Ernst & Young and MIPTV in development kids.

The full list of winners at the 7th International Emmy Kids Awards is shown below:

Hey Duggee – a place for children to have fun, be energetic, and most of all to do things! Based around a children’s playgroup called The Squirrel Club, Hey Duggee is run by a big dog called Duggee. The Squirrel Club is a place where kids have adventures and earn badges.

A story about three friends who exchange heads by accident and are forced to adapt to each other’s life. Will they be able to keep it secret? And will they ever get their own head back?

During one week in November, NRK used all available channels to open a dialogue about sexual abuse. After extensive research and consultation with specialists, they adopted a direct approach to tackling this difficult topic.

Twelve-year-old Nikki Lilly is not your average social media vlogger. Called a “monster” and “disgusting” due to a rare, life threatening medical condition, Nikki has defied the bullies and medical expectation. Filmed over one extraordinary summer, Nikki proves why she has a global following and inspires so many.

In Fixa bröllopet the kids have the power to decide details of their parents’ wedding – the parents don’t know anything until the wedding day! Everything is top secret until the actual ceremony. The kids are assisted by our hosts Alexander Hermansson and Caroline Hermansson.

During a subway malfunction, five girls get stuck in the same car and one of them goes into labor. The other girls work together to help her. Despite their different backgrounds, experiences and personalities, the new friends will discover how enriching it can be to live, confront and celebrate diversity.

When Zoe discovers a baby rat in her bedroom, they quickly become firm friends, especially when she discovers he is no ordinary rat – he can dance. Zoe wants to show off his skill at the school talent show, but her stepmother and shifty burger man Burt have other ideas.