Hayao Miyazaki’s The Wind Rises is slated to open the 33rd edition of Belgium’s Anima Festival, taking place this year February 28 through March 9. 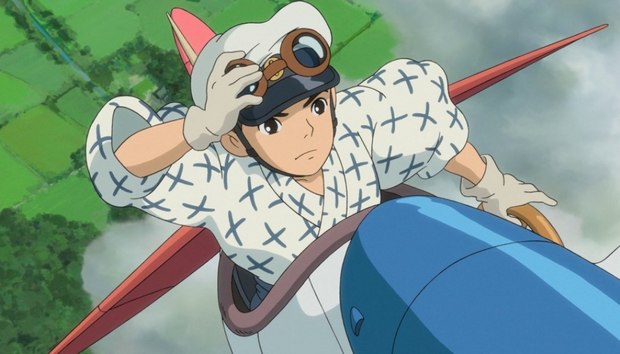 Belgium’s Anima Festival has announced that the final opus from the undisputed Master of Japanese animation, Hayao Miyazaki, will be opening its 33rd edition, taking place this year February 28 through March 9.

The Wind Rises is an animated profile of Jiro Hirokoshi, designer of the famous Japanese Mitsubishi A6M fighter plane, commonly known as the “Zero.” The film traces the different stages of his life, against a backdrop of the major events that marked the history of Japan in the first part of the 20th century: the Kanto earthquake of 1923, the Great Depression, the TB epidemic and Japan’s entry into war.

The Festival bill also includes a competition of new features for both adults and a young audience. Anima received 955 short films this year, from which the selection panel has chosen 138 shorts representing thirty countries, with 69 shorts made by professional directors and students in the international competition and a special selection chosen for the Animated Night. In addition, twenty films will be presented in the national competition, plus a selection of fifteen Belgian shorts out of competition.

Anima is also all about what’s going on in world animation at the moment, with the presence of a few great names: the Argentinean Juan Pablo Zaramella, the Canadian Théodore Ushev and the American Bill Plympton; a presentation of the best in Austrian animation, a programme of animated films related to the Great War of 14-18, a retrospective of films from the Polish 3D SFX studio Platige Image and a selection of films by the new generation of Russian film makers that will give animation fans a unique opportunity in Belgium to satisfy their passion.

The Futuranima professional meetings will be showcasing the skills and processes of current animation film making including: a making of session of the much awaited Song of the Sea by Tomm Moore, director of The Secret of Kells; a work in progress presentation about the promising feature Another Day of Life by Raul de la Fuente and Damian Nenow; a unique overview of animation from Central Africa, not to mention the celebrated “Open screenings” evenings, where the screen is available to all; the “Pecha Kucha animation special”, projects pitched in just 20 pictures and 20 seconds and last but not least, thirty lucky attendees will have the chance to take part in a one-day Masterclass hosted by Bill Plympton.

Part of the Anima program will also be shown in other theatres around the country like Liège, Charleroi, Mons, Namur, Ghent, Leuven and Antwerp.