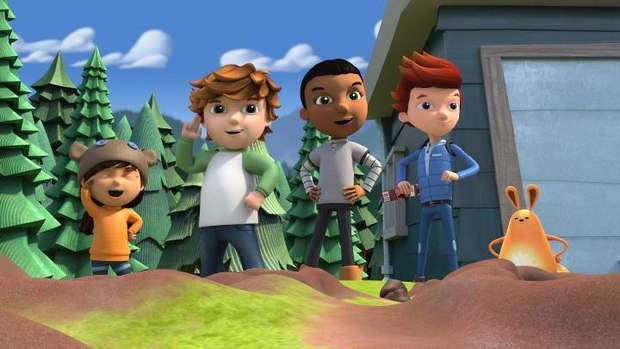 “We’re delighted about the launch of Ready Jet Go! on PBS KIDS and excited to be working closely with the talented team at Licensing Street to expand on the best aspects of the show with products that will keep the fun and learning going for young fans far beyond the screen,” said Dete Meserve, Executive Producer of the new series and Principal of Wind Dancer Films. “Through both the series and upcoming products, our aim is to get viewers to engage in science in ways that spark their natural curiosity, broaden their horizons and deepen their connection to the universe.”

“We are thrilled to partner with Wind Dancer to develop a comprehensive and far-reaching licensing and retail program for Ready Jet Go!,” remarked JJ Ahearn, Managing Director of Licensing Street. “Our goal is to grow this standout brand through products and partnerships that meaningfully connect children to the scientific concepts presented in the show, getting them excited about playing, and learning, along with Jet and his friends.”

Ready Jet Go! was created by Craig Bartlett (Hey Arnold!, Dinosaur Train) with a focus on astronomy, technology, scientific exploration, innovation, and invention. The new animated series follows Jet Propulsion, a new kid in town who is an alien from outer space, along with his Earth friends, Sean and Sydney. Together, the trio sets out on astronomical adventures exploring the solar system and how it affects Earth, while learning about friendship and teamwork along the way.

While the series tackles real science content in every episode, the action-packed show also features a high level of entertainment value and physical and character-based humor. Learning and fun go hand-in-hand as Jet and his friends help a solar-powered robot regain its energy, play soccer on the Moon, ice skate on the ice moon Enceladus, build a flying saucer and hang out with a Mars rover, among many other fantastic, far-flung adventures.

In advance of the show’s television launch, 12 Ready Jet Go! full-length segments from the new series are now available for streaming across multiple platforms, the most full-length video content PBS KIDS has ever released in advance of a broadcast premiere. The videos are now offered for free on the PBS KIDS website, the PBS KIDS Video App and PBS KIDS Video on Roku, Apple TV, Amazon Fire TV, Android TV, Xbox One and Chromecast. In addition, two mobile-friendly web games, hands-on activities for children and families and a live stream of the International Space Station Channel are also available.