Will Smith and Michael B. Jordan Set to Star in ‘I Am Legend’ Sequel

The award-winning star of the 2007 sci-fi thriller teases a photo of the forthcoming follow-up feature showing the streets of New York City paved with creeping rot. 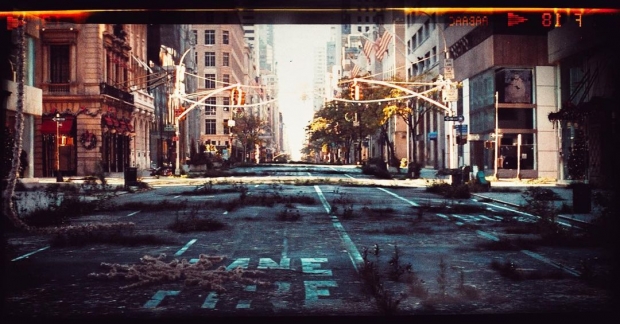 Will Smith and Michael B. Jordan will star in and produce a sequel to I Am Legend, written by Oscar winner Akiva Goldsman for Warner Bros.

Smith headlined the original 2007 sci-fi thriller, which was co-written by Goldsman and Mark Protosevich and adapted from Richard Matheson’s 1954 post-apocalyptic novel. I Am Legend followed the survivalist saga of Robert Neville (Smith), a virologist who ends up as the last man standing after a man-made plague zombifies the rest of humankind, and sets out to develop a cure.

On Friday, the actor shared a photo on Instagram - of New York City creeping with the strange growths of a viral outbreak - to tease the project. (He confirmed Jordan’s involvement by tagging him in the post.)

According to Deadline, Jordan will produce with Elizabeth Raposo, via their company Outlier Society. Smith and Jon Mone, Westbrook Studios’ co-president and head of motion pictures, will produce with Ryan Shimazaki overseeing. James Lassiter will serve as executive producer. Goldsman and Greg Lessans of Weed Road Pictures will also produce.

Most recently, Smith re-entered the Oscar race, after garnering his third Academy Award nomination for Best Actor for his performance in Warner Bros.’ King Richard. He also just executive produced Bel-Air -- the dramatic retelling of his hit TV comedy The Fresh Prince of Bel-Air, which premiered on Peacock in February. His next star turn is in Emancipation, a thriller directed by Training Day and Olympus Has Fallen helmer Antoine Fuqua.

Jordan is currently in production on his feature directorial debut, Creed III, for MGM. He recently starred in A Journal for Jordan, directed by Denzel Washington, and Amazon’s Without Remorse, and served as a producer on both projects via Outlier Society.