Renowned for his work on over 100 productions, the colorful and well-liked actor will be sorely missed by the animation community. 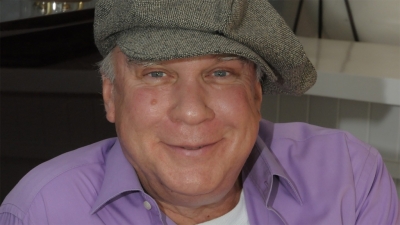 Will Ryan, the veteran voice actor celebrated for his work in The Land Before Time, Mickey Mouse Clubhouse, and dozens of other animated series and feature films, died on Friday afternoon after a brief battle with cancer. He was 72.

A long-time member of the Academy of Motion Picture Arts & Sciences and past president of ASIFA-Hollywood, Ryan was an extremely personable and humorous man who was a fixture in the animation and greater Hollywood community.

“I first met Will in the earliest days of AWN’s launch,” says Animation World Network Publisher and Editor-in-Chief Dan Sarto. “He was an extremely knowledgeable and gracious source of insight and information on everything animated. He went on to write scores of fun interview pieces for us over several years. He always had an interesting, funny story to share on some historical aspect of animation, a film, a voice actor. He was, as my father used to say, ‘quite the character,’ in the best way possible.”

During a nearly four-decade career, Ryan earned more than 100 screen credits, receiving nominations for a Prime Time Emmy and a Writers Guild award. In 2000, Ryan created the first online animated series, Elmo Aardvark: Outer Space Detective. Co-produced by Renegade Animation and Will Ryan Productions, and featuring the voices of Ryan, June Foray, Diane Michelle, Corey Burton, and Keith Scott, the series won an Annie Award for Best Animated Series in an Electronic Medium and was cited by historian Harvey Deneroff as one of the best products to come out of the Web animation boom. To mark the series' release, AWN ran an April Fools' Day article chronicling Elmo’s long tenure, beginning at the dawn of the Internet.

Born on May 21, 1949, Ryan began his voice-acting career in the early 1980s, with roles as Rabbit and Tigger in the Winnie the Pooh series Welcome to Pooh Corner. He had his breakout performance in 1987, when he voiced the role of Petrie in Universal’s animated classic The Land Before Time. Other notable roles included Willie the Giant in many Disney productions over the years, the Duck Brothers in Courage the Cowardly Dog, and Barnaby the Dog in Dumbo’s Circus.

Ryan was also an accomplished musician and songwriter, who contributed songs to numerous animated productions and made a number of popular recordings with the Cactus County Cowboys.