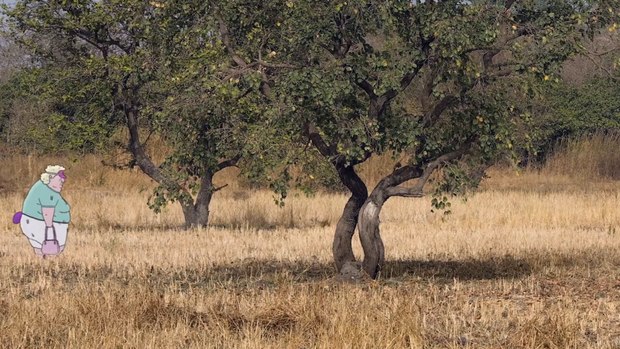 In the International Competition, Nicolas Keppens and Matthias Phlips won the Best International Film award for their short, Wildebeest, with Enough by Anna Mantzaris winning the International Audience Award. In the Swiss competition, The Cannonball Woman, by Albertine Zullo and David Toutevoix, was awarded Best Swiss Film, while Drôle de poisson by Krishna Chandran A. Nair won the Swiss Audience Award in a very close vote. For the first time, the Kids and Youth jury also awarded Special Mentions. A complete list of winners is provided below.

Next year, the 17th Fantoche Festival will take place from September 3-8, 2019 in Baden, Switzerland.

One of the highlights of this year's edition was the “Making of Isle of Dogs” with Roy Bell (Art Department - head of painting) and Kim Keukeleire (lead animator), which was sold out for weeks. Among other things, they brought along Facetime-videos of Wes Andersen, in which he shows his animators how he imagines the facial expressions of his characters. The retrospectives on Vera Neubauer and Monique Renault, who met at the festival for the first time in about ten years, impressively demonstrated how these two pioneers paved the way for successor generations and have influenced them to this day.

Despite showcasing difficult and unpleasant topics, the screenings of The Breadwinner and Funan were very well attended. Both films were sold out several times and left a lasting impression with the audience. In terms of numbers, the most successful film was the anime mega hit Your Name, which celebrated its Swiss premiere at Fantoche. Even late in the evening, many animation fans sat in the Fantoche cinemas watching films. In various cross-divisional collaborations with the comic festival Fumetto, the Reformed Church Baden and the Theater Marie, animated films successfully transcended in adjacent or completely different fields. And during the weekend, late at night, the crème de la crème of Swiss and international guests bathed in the Bagno Popolare.

From the festival’s opening, through the entire program and right up to the Sunday morning service, the curated focus “Doucement Sexy” took on a variety of facets and met with great media and audience feedback. The in-depth exploration of sex and sexuality was accomplished with three well-attended and partially sold-out curated programs. “When we discuss sex and sexuality, it’s usually a very intrinsic, complicated subject and animation with its symbolism, metamorphosis and possible abstract visualization is a perfect tool for that,” said Eliška Děcká, the curator of the focus program. “But it can be much more than that – animation can also work as an ideal icebreaker, making fun of things that may leave us red faced sometimes.”

Networking Platform for Filmmakers from All Over the World

For the first time, Fantoche dedicated itself also to the commercial side of animation at the “Swiss Industry Night.” Just like the “Fantoche Industry Day,” the new event attracted many animation experts and filmmakers. Various formats allowed the participants to make new contacts for future cooperation. A special highlight was the keynote by Emilie Goulet, 2nd unit animator of Pixar Animation Studios, who offered exclusive insight into one of the most important animation studios worldwide. She told how she got a foothold and what it means to work there. Based on excerpts from the last two films, Incredibles 2 and Coco, where she worked on the 2nd unit and crowds animation, she concretely traced the steps of the animation process, from the first sketch to the finished scene. The “Animation Fuckup Night” invited everyone to put all their cards on the table: worst case experiences were presented here. Then it was celebrated until late into the night in Baden Royal - as well as on the other Fantoche nights.

Conclusion of the Festival Director

Festival and artistic director Annette Schindler recalls that at the artist brunch, “a Latvian filmmaker was asked how he and his colleagues deal with the situation that there is hardly any education for animation filmmakers in Latvia. The filmmaker hesitated and then said, ‘It’s inside of us. This is a good example on what our artists are made of. With all the hardships involved in making animated films – most of the time it's a lot of work for little money – it's a work that allows one to follow an inner calling and express one's own self-determined creativity.’ This is what the festival gives its platform to and this year again there is a slight increase in visitor numbers. Perhaps Fantoche benefits from a general change in how we are consuming film -- cinemas are losing their importance, other forms are becoming increasingly important. In addition to streaming, this trend definitely includes festivals. Since 2012, the number of visitors at Fantoche has increased by a total of 27%.”

The complete list of festival winners is as follows:

Youth Jury: The films were judged by a jury of seven children aged between 6 and 12 which awarded the Best Kids prize. The kids were supervised by Die Zauberlaterne.