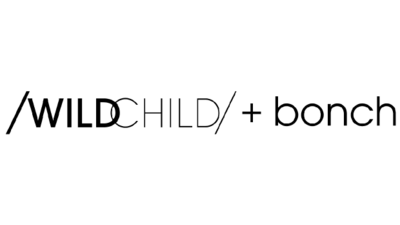 Bicoastal creative collective /Wildchild/+bonch has announced that many of the creative talents from Red Car NY have joined the company.

/Wildchild/+bonch founder Yvette Piñeyro is particularly excited to have another talented female editor on board. “I’ve always wanted to work with Deirdre,” Piñeyro said. “I’m a long-time fan of her work. Deirdre is well-known and liked in the industry and we’re lucky to have her join us.”

/Wildchild/+bonch also welcomes Scott Spanjich, who joins the team as Managing Director. In addition to his work at Red Car, Spanjich has held executive positions at Beast, @radical.media and Sony, and brings with him a set of incredibly refined leadership skills.

“I’ve been consistently impressed with how Yvette and her team have navigated the nuances of the post-production world to emerge as one of the top companies in the industry,” Spanjich said. “Their dedication and artistic passion is obvious in the results they produce. I couldn’t be more excited to have the opportunity to lead and work alongside the team, while helping to build out their blossoming infrastructure.”

A long-time friend of Piñeyro’s, Red Car President and Founder Larry Bridges will also join /Wildchild/+bonch as a member of their advisory board. “This is a forward thinking move which embraces two stellar cultures and talent pools for greater impact and resources, positioning /Wildchild/+bonch solidly for tomorrow,” Bridges notes.

This infusion of top talent that collaborates with major brands including Olive Garden, P&G, Kohl’s, Google and Cadillac, among many others, follows /Wildchild/’s recent partnership with bonch in January of this year. Recently, /Wildchild/+bonch has collaborated on campaigns for Davidoff, Diesel, Toyota, McDonald’s, Cartier and Bulgari, and with music artists such as Justin Timberlake and Beyoncé. /Wildchild/+bonch Editor Jarrett Fijal was recently honored as an AICE finalist for his editorial work on Justin Timberlake’s “Mirrors,” as was Editor Richard Mettler, for his work on Beyoncé’s “Mine.”

“With this combination, our resources for our clients expand our catering to multiple disciplines in visual storytelling, dialogue and comedy, and at the highest levels for luxury, beauty, fashion, pharmaceutical and international brands. We can now provide clients the efficiencies and talent befitting the new ‘tradigital’ world,” said Piñeyro.