Studio partnerships to broaden reach of mission and programming for professional organization aimed at bringing together a global community of animation professionals to empower and support women in the art, science and business of animation. 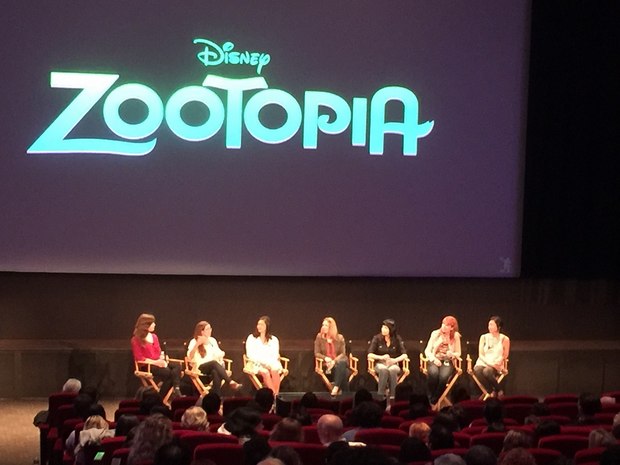 In particular, the sponsorship will help boost the organization’s ability to host monthly events, the breadth of its mentorship program, and the development of its legacy and archive program. The support will also raise the opportunities to highlight WIA’s “50-50 by 2025” initiative, which calls for women to be equally esteemed by holding 50% of the high-level creative positions within the industry by the year 2025.“While Disney Animation has long supported WIA, reaching back to when the organization was founded in the early 1990s, the studio’s generous contributions since the re-launch of WIA in 2013 -- including staff support, programming and other resources -- has been especially beneficial,” says WIA co-president Marge Dean. “We are proud to support Women in Animation and their ‘50-50 by 2025’ initiative, through our corporate sponsorship and our ongoing partnership,” says Ann Le Cam, senior vice president of production at Walt Disney Animation Studios. “At Disney Animation, we deeply value the diversity and inclusiveness within our Studio and appreciate WIA’s efforts in meeting these goals across the animation community.”

WIA is currently in talks with other major studios to welcome them as corporate sponsors as well. “The more we align with studios at the top level, the more the industry will naturally align with our 50-50 goal,” adds Dean.

Women in Animation envisions a world in which women share fully in the creation, production and rewards of animation, resulting in richer and more diverse entertainment and media that move our culture forward. The mission of WIA is to bring together a global community of animation professionals to empower and support women in the art, science and business of animation by increasing access to resources, creating opportunities for education, encouraging strong connections between individuals, and inspiring excellence.