Margaret Dean, the director of production for Mattel’s Playground Productions and co-president of Women in Animation, a non-profit dedicated to connecting, supporting, and empowering women in the field of animation, discusses her experience within the animation industry in a Q&A. 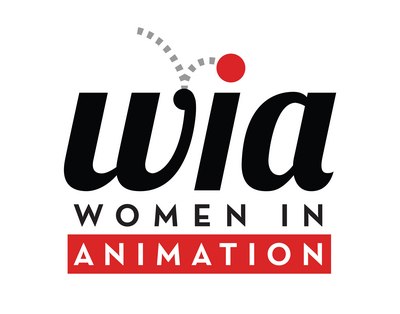 Margaret Dean is the director of production for Mattel’s Playground Productions and was recently named co-president of Women in Animation, a non-profit dedicated to connecting, supporting, and empowering women in the field of animation. Dean has served in numerous executive roles in the animation industry, as well as worked directly on a number of critically acclaimed shows such as The Ren and Stimpy Show, Nickelodeon’s Back at the Barnyard, and Warner Bros.’ What’s New Scooby-Doo?

In a Q&A on The Media Chronicles blog, Dean discusses how she got her start in animation, as well as the move from traditional to digital animation, women’s roles within the industry, and the goals for Women in Animation under its new leadership:

As the newly elected co-president of Women in Animation (WIA), a non-profit organization aimed at supporting women in the field, you are working to balance gender inequity. Do you feel that the creative side of animation is still predominantly male and if so, why do you think that is?. Absolutely. You only have to look at statistics to know that’s true. Why is it true? Yikes, that’s like why is there air. Because it is. I think it comes partly from cultural assumptions that have been passed down that think women are not creative, smart, or funny. Or because women are not encouraged to take the artistic lead. Or maybe it’s because the folks in charge don’t try to find women to fill creative roles; it’s not a priority for them to rectify the imbalance. It’s any and all of those things

Also, I think it’s because women don’t see themselves in those roles. It’s the internalization of the cultural assumptions that’s in each of us and makes us doubt ourselves, or hesitate to stand out, or choose not to make the sacrifices to achieve our creative goals. As women, we need to encourage each other to not settle for second best. Not settle to be the housekeepers or mothers of animation but to take up the creative reins. Being a show runner or movie director is an incredibly scary thing to do; you are visible and in everyone’s gun site. It takes courage that many women back away from. We need to be bolder and more demanding of ourselves.

The early years of American media animation were highlighted by Disney’s “Nine Old Men.” In that male-dominated milieu, who are some of the female pioneers?

Most of the female pioneers were outside the animation industry. Within the industry, Mary Blair is probably the most famous from the past. Others include Lotte Reinger, Faith Hubley and her daughter Emily Hubley, Lillian Friedman Astor, Elizabeth Case Zwicker, Reiko Okuyama, Kazuko Nakamura, Jacquie Lawson, Caroline Leaf…to name a few.

Head over to TheMediaChronicles.com to read the entire interview!