Elite group of women film and TV directors join Animation Breakdown and Women in Animation for the “Directors’ Club” event at The Cinefamily on Sunday, March 9th. 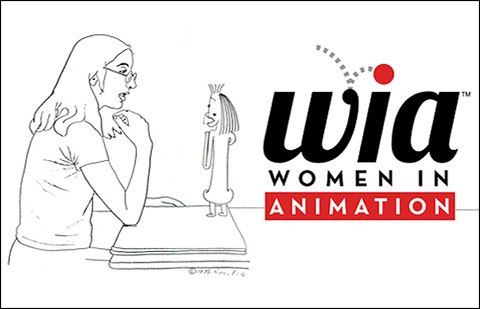 Los Angeles, CA -- Women In Animation (WIA), the professional non-profit organization focused on bringing together a global community of animation professionals, announced its March tent pole event, “Directors’ Club” -- an elite panel of women directors of animation discussing a variety of topics relating to animation across all genres -- set to take place at The Cinefamily on March 9th. The event is sponsored by Six Point Harness and Mondo Media.

Following the panel, Animation Breakdown will screen a curated selection of animated shorts, past and present, all directed by women. Selections include Lori Damiano’s Lord I: The Records Keeper (2013), Kathy Rose’s Pencil Booklings (1978), Emily Hubley’s Set, Set, Spike! (2002), Faith Hubley’s Northern Ice, Golden Sun (2002), the world premiere of Amy Ketchum’s Two Ghosts (2014) and more. Afterward, there will be a reception sponsored by Six Points Harness and Mondo Media. WIA’s “Directors’ Club” event is open to the public and tickets may be purchased directly through Cinefamily's website. WIA members will be able to purchase tickets at a discount.

WIA Co-Presidents Margaret Dean and Kristy Scanlan jointly stated: “March is Women’s History Month which honors the extraordinary and often unrecognized determination and tenacity of women.  This assembled panel of elite women directors has earned their place in history as women who forge a path for others to follow.  We are deeply honored that they are sharing their knowledge to support the continued growth of women in our industry.”