Women in Animation president Marge Dean reflects on hard fought efforts to win voting rights for the disenfranchised, urging everyone spend the next 60 days preparing to vote as well as supporting the voting rights of others; organization posts downloadable Voting Resource Guide highlighting how you can help make everyone’s voice heard. 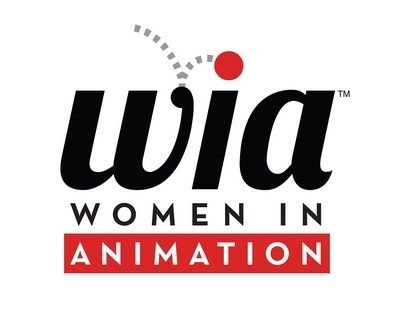 Women in Animation president Marge Dean has just released an open letter to the WIA community urging everyone to spend the next 60 days preparing to vote as well as supporting the voting rights of others, drawing attention to our country’s history of voter suppression in the face of continued struggle to win voting rights for the disenfranchised.

As part of the WIA announcement, they’ve posted a downloadable Voting Resource Guide that highlights seven important ways you can make your voice count this November, including encouraging voter registration, volunteering to help others in registering, staffing a poll site, and asking for time off to vote early.

Women in Animation is an advocacy organization dedicated to making women’s voices heard. We want to open the doors of the animation industry to expand and diversify the talent pool of storytellers and artists. We recognize that the more diverse and inclusive our industry is, the more we can move our world forward. WIA, at its core, is about representation.

In about two months in the U.S., we will face one of the biggest challenges to representation in another sense -- our national election. The Presidential election may be particular to the U.S., but its impact will be felt worldwide. The U.S. prides itself on its democratic system of government, a government by the people and for the people. At the core of every democracy is the right to VOTE.

2020 marks the 100-year anniversary of the 19th amendment, think about it. White women have only had a say in their government leadership and policies for the last 100 years. For me, my mother was the first generation that had suffrage. The 15th amendment passed about 50 years before that, allowing the vote for citizens regardless of race or color. However, that didn’t guarantee Black men the vote until years later and Black women post 1920 until the Voting Rights Act of 1965 prohibited racial discrimination in voting. Native Americans weren’t able to vote until 1947 and Asian-Americans got suffrage in 1952.  Young adults between the ages of 18 -21 were granted the right to vote in 1971.  The language barrier (ballots had been in English only) was lifted in 1975 and polls were required to be accessible to people with disabilities and the elderly in 1984.  It’s been a long trail of change to get to where we are today but don’t think for a minute that this came about through a natural evolution.  It took intentional, organized work and great sacrifice.

Almost as soon as disenfranchised people were enabled to vote, that right was under attack. Poll taxes, literacy requirements, terrorist threats by white supremacy groups or angry husbands, beatings and murders. The Civil Rights movement was about the integration of schools and businesses, but also about voter registration. Gerrymandering, manipulation of the census numbers, interference from international adversaries; dismantling of the USPS, the list goes on of ways that politicians have been trying to repress or manipulate the voice of the people.  There is a long list of martyrs who have died trying to enable people to exercise their legal right to vote.

“No right is more precious in a free country than that of having a voice in the election of those who make the laws under which, as good citizens, we must live.  Other rights, even the most basic, are illusory if the right to vote is undermined.”  – Justice Hugo Black 1964

IT HAS TO STOP. Without a fair and open mechanism for people to voice their choices, we have no democracy. The attacks on our right to vote are attacks on the essence of the principles we all believed the United States was built on. Obviously, your right to vote is a powerful gift or else there wouldn’t be so much energy being put into preventing it from happening.  It’s powerful and it’s precious.  And for the next two months, we need to protect and support everyone’s right to choose their government… their right for representation.

If you are frustrated with the way things are right now and want to work for change in the U.S., I suggest that you spend the next 60 days preparing to vote as well as supporting and defending the enfranchisement of others. WIA wants everyone to participate, vote, and use your voice.

Let’s facilitate a record-breaking turnout at the polls in November!  Let’s revive our democracy.