WIA to Host ‘Women in Gaming: A Talk with Janey Yang’ July 16

Janey Yang works as a technical artist at DICE Los Angeles, helping artists troubleshoot issues in 3D software and game-writing tools in order to speed up their workflows.

Women in Animation, the professional, non-profit organization for women involved in all aspects of the animation industry, will present “Women in Gaming:  A Talk with Janey Yang” at The Animation Guild in Burbank, CA on Tuesday, July 16 at 7:00PM.

Yang works as a technical artist at DICE Los Angeles, helping artists troubleshoot issues in 3D software and in game-writing tools to speed up their workflow, and communicating between art and engineering. She grew up in the countryside of Taiwan, where she never imagined she would one day be working for big name conglomerates like Electronic Arts or Sony, living in the U.S., or even speaking English. But after migrating to Canada, Yang discovered she was good in math, getting into one of the country’s toughest engineering programs despite being unable to pass the Test of English as a Second Language for the prerequisite. 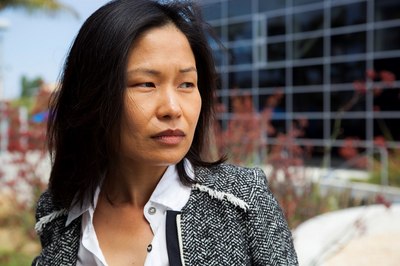 “Sitting amongst a crowd of 300 at a video game tech conference, muscles and brains galore, but where art thou, my ladies?,” asks Yang. “Art thy muscles weaker than men? Maybe. Brains less developed? If you want to believe that. Why is it that in the last decade the entry rate for women in games is low, and the exit rate escalating? As a female video game developer, I would like to share what I have learned, and together with you, bring forward change.”

Tickets are free for WIA members and $15 for non-members, and can be purchased here: Tickets Here.