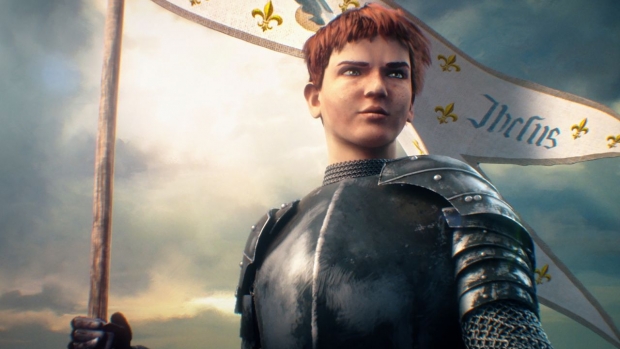 Program33, the French production company that released the animated feature docudrama Building Notre Dame in 2019, is now developing a feature-length animated retelling of the story of Joan of Arc. A production team of about 300 people will begin working on the project, entitled The Joan of Arc Case, in February, with plans to finish it by the end of 2022, Variety reports.

The studio’s confidence in its roughly $4 million budget for the project is bolstered in part by Building Notre Dame’s high ratings and critical acclaim across the globe—on PBS stateside, as well as in Belgium, Canada, Germany, and of course, France, where its premiere garnered 4 million viewers and its ensuing screenings brought in another 10 million.

The Joan of Arc Case will explore the historical records of the rehabilitation of Joan of Arc’s public image in the years following her burning at the stake in 1431. Director Antoine de Meaux will collaborate with Sarry Long to deliver both a 90-minute cut of the docudrama and a shortened, 52-minute version. Valérie Toureille, author of the best-selling 2020 biography Jeanne d’Arc, is set to serve as the film’s main historical adviser.

Why animation over live-action to make the docudrama?

“Our challenge as producers and distributors is to reach younger audiences for historical subjects,” producer Michel Spavone told Variety. “In 2012, we realized that primetime documentaries had very little appeal to young people. The main exception was nature documentaries from the BBC. Younger audiences respond very well to animation docudramas. They are used to the language, from watching animated features and playing video games.”

The creator and executive director of The Joan of Arc Case, Fabrice Coat, agrees. “Live-action recreation of historic scenes often fail to engage with viewers, but animation docudrama has a much stronger impact, especially for international audiences,” he explains. “They don’t have problems related to not knowing the actors or lip synch issues, and more easily empathize with the characters.”

When making both Building Notre Dame and The Last Stand—its 2015 animated docudrama about the Romans’ defeat of the Gauls in the Middle Ages—Program33 did shoot nearly a quarter of each production in live-action. This approach ensured that the films captured how their historical settings presently exist, and it was invaluable in preserving how the Notre Dame cathedral looked before its tragic fire in 2019.

The Joan of Arc Case, on the other hand, will include considerably less motion capture work than Building Notre Dame, and will utilize more keyframe animation. Program33’s reps say that this animation pipeline is based on the Blender software and reinforced by customized plug-ins. The company also confirms that it will re-team with its frequent collaborator, the animation studio Circus, to produce the project.