NVIDIA is combining our expertise in AI with our long history in computer graphics to advance 3D graphics for games, virtual reality, movies and product design. 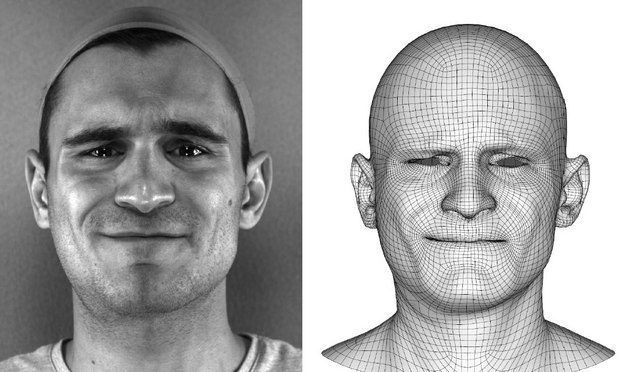 SIGGRAPH 2017 -- LOS ANGELES -- The same GPUs that put games on your screen could soon be used to harness the power of AI to help game and film makers move faster, spend less and create richer experiences.

At SIGGRAPH 2017 this week, NVIDIA is showcasing research that makes it far easier to animate realistic human faces, simulate how light interacts with surfaces in a scene and render realistic images more quickly.

NVIDIA is combining our expertise in AI with our long history in computer graphics to advance 3D graphics for games, virtual reality, movies and product design.

Game studios create animated faces by recording video of actors performing every line of dialogue for every character in a game. They use software to turn that video into a digital double of the actor, which later becomes the animated face.

Reducing the amount of labor involved in creating facial animation would let game artists add more character dialogue and additional supporting characters, as well as give them the flexibility to quickly iterate on script changes.

Instead of having to perform labor-intensive data conversion and touch-up for hours of actor videos, NVIDIA’s solution requires only five minutes of training data. The trained network automatically generates all facial animation needed for an entire game from a simple video stream. NVIDIA’s AI solution produces animation that is more consistent and retains the same fidelity as existing methods.

Toward a New Era in Gaming

Antti Herva, lead character technical artist at Remedy, said that over time, the new methods will let the studio build larger, richer game worlds with more characters than are now possible. Already, the studio is creating high-quality facial animation in much less time than in the past.

“Based on the NVIDIA Research work we’ve seen in AI-driven facial animation, we’re convinced AI will revolutionize content creation,” said Herva. “Complex facial animation for digital doubles like that in Quantum Break can take several man-years to create. After working with NVIDIA to build video- and audio-driven deep neural networks for facial animation, we can reduce that time by 80 percent in large scale projects and free our artists to focus on other tasks.”

AI also holds promise for rendering 3D graphics, the process that turns digital worlds into the life-like images you see on the screen. Film makers and designers use a technique called ray tracing to simulate light reflecting from surfaces in the virtual scene. NVIDIA is using AI to improve both ray tracing and rasterization, a less costly rendering technique used in computer games.

This work is more than a research project. It’ll soon be a product. Today we announced the NVIDIA OptiX 5.0 software development kit, the latest version of our ray tracing engine. OptiX 5.0, which incorporates the NVIDIA Research AI denoising technology, will be available at no cost to registered developers in November.

NVIDIA researchers used AI to tackle a problem in computer game rendering known as anti-aliasing. Anti-aliasing is another way to reduce noise  -- in this case, the jagged edges in the partially rendered images. Called “jaggies,” these are staircase-like lines that appear instead of smooth lines.

How AI Traces the Right Rays

NVIDIA is developing more efficient methods to trace virtual light rays. Computers sample the paths of many light rays to generate a photo-realistic image. The problem is that not all of those light paths contribute to the final image.

Researchers Ken Daum and Alex Keller used machine learning to guide the choice of light paths. They accomplished this by connecting the mathematics of tracing light rays to the AI concept of reinforcement learning.

Their solution learns to distinguish the “useful” paths — those most likely to connect lights with virtual cameras —from paths that don’t contribute to the image.

At SIGGRAPH, you can learn more about how AI is changing computer graphics by visiting us at Booth #403 starting Tuesday, and by attending NVIDIA’s SIGGRAPH AI research talks: Simulating light reflections in this virtual scene — shown without denoising — is challenging because the only light comes through the narrowly opened door. NVIDIA’s AI-guided light simulation delivers up to 10x faster image synthesis by reducing the required number of virtual light rays.