Who Says 2D Animated Features Are Dead? Certainly Not Netflix!

Streaming giant reveals that Sergio Pablos’ ‘Klaus’ has been viewed in almost 30 million households worldwide in its first month of release. 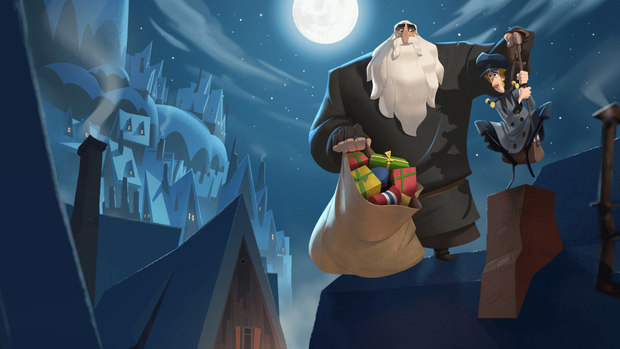 Netflix has just released data showing that in its first 28 days of release, the Sergio Pablos 2D-animated Christmas gem, Klaus, has been viewed by almost 30 million households worldwide. The streaming giant releases viewership information on rare occasions to highlight the success of programs it considers a hit; by way of comparison, Ted Sarandos, Netflix’s chief content officer, stated that Martin Scorsese’s epic mobster pic, The Irishman, would probably reach 40 million views within its first month.

Netflix defines a “view” as an account that streams at least 70% of a show; it should be noted that the numbers released for Klaus don’t even include the large number of repeat viewings the film has generated with any given account, nor the fact that multiple people often watch the show in a single viewing.

The company has several new animated features in the works under the leadership of Melissa Cobb, their vice president of original animation; plans for 2020 include the release of Kris Pearn’s The Willoughbys, and Glen Keane’s Over the Moon.  Cobb recently joined Netflix after serving as chief creative officer at Oriental DreamWorks following a ten-year stint at DreamWorks Animation, where she produced the first three Kung Fu Panda films.

With over 158 million subscribers worldwide, Netflix is the world’s largest streaming platform. But, competition continues to grow in the race to bring digital entertainment platforms to every plugged in device on the planet. The recent launch of Disney+, and upcoming launch of HBO Max in 2020, portend a glimpse of what’s on the horizon for consumers; for the moment, the successful Klaus release hopefully portends a glimpse of a future where the increasingly risk-averse big studios leap back into the 2D feature film business with some of the gusto they displayed in the past.