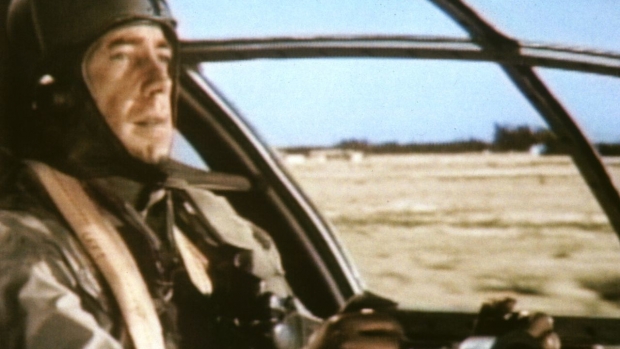 TCM has shared with AWN an exclusive clip of Oscar-winning sound designer Ben Burtt and Oscar-winning VFX artist Craig Barron talking about how classic Looney Tunes sound design, such as the whining sensation of attaining high speed in the Roadrunner cartoons, inspired the work on what proved to be Humphrey Bogart’s last film at Warner Bros., Chain Lightning (1950).

According to Burtt, “Chain Lightning was the first film to deal with what became known as ‘the right stuff.’ Bogart had it from the beginning. Aviation films at this time made the transition from war stories to the challenges to man and machine of the space age. I always enjoyed the fun and excitement of creating the sound of the world’s fastest vehicles. Pod racers, X wing fighters, and hyperspeed: the sounds I imagined are rooted in Chain Lightning, the first film to establish the icons.”

In their full presentation, part of this year’s TCM Classic Film Festival, they provide insight into the movie’s special effects. In the film, Bogart plays former WWII flying ace Matt Brennan, who takes a position as a test pilot for a commercial aircraft corporation. After bumping into his old girlfriend, Jo Holloway (Eleanor Parker), he tries to rekindle their romance. He courageously takes the most dangerous assignment of his career: an unorthodox, unproven ejector seat while flying at death-defying speeds.

Burtt and Barron show us the work inside the studio to create the other star of the show: the jet plane itself, and how the film's team created the illusion of Bogart in flight. Burtt shares the process of creating an all-new type of sound effect, as this was Hollywood's very first jet plane film. This presentation also highlights how the film "predicted the future" as the movie's idea of an "escape pod" was actually implemented for the F111 Air Force Fighter once the technology was produced. Chain Lightning is available on HBO Max.