Boston-based public broadcaster and producer to develop the bestselling children’s book series by Victoria Kann into an animated television series for 3- to 8-year-olds. 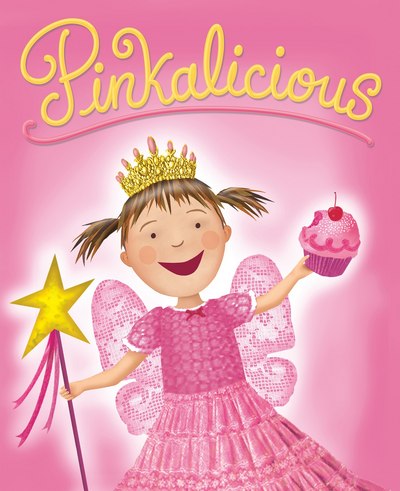 BOSTON, MA -- Boston-based public broadcaster and producer WGBH has optioned the rights to “Pinkalicious,” the New York Times bestselling children’s book series by Victoria Kann, and will develop an animated television series for 3- to 8-year-olds. Curious George executive producer Dorothea Gillim will oversee the production. The book series, which debuted in 2006 and now includes nearly 40 titles, is published by HarperCollins.

“We are thrilled to bring WGBH’s expertise in developing book-based series to the incredible world Victoria Kann has created,” says Dorothea Gillim. “Pinkalicious is a character kids really connect with -- she’s an everyday girl who’s confident, knows what she likes, and fancies herself special enough to wear and tiara and wand in her very colorful imagination.”

For more than 40 years starting with the original Zoom program, WGBH has been committed to harnessing the power of media to benefit the nation’s children and addressing unmet educational and social needs with high-quality children’s programming for both public and commercial television, as well as digital platforms. WGBH’s renowned and celebrated children’s series for public and commercial television include, among others, Arthur (PBS), Curious George (PBS), PEEP and the Big Wide World (TLC), Time Warp Trio (Discovery Channel Kids), and Sara Solves It, a pilot in development for Amazon.

The “Pinkalicious” books follow the life of Pinkalicious, a young girl who loves pink for all the right reasons. Pink is her creative spark. It’s what turns her from a ho-hum, everyday kid into a creatively alive kid, one who can correspond with fairies, turn trash into a boat-mobile or ride off on a unicorn during soccer practice.

“As both a youngster watching TV and a parent I have benefited from the wealth of colorful, and engaging children's programming created by WGBH for kids nationwide,” says author/illustrator Kann. “I consider it an honor that Pinkalicious is now joining this remarkable media family committed to producing innovative content that inspires and informs. WGBH is a leading-edge partner that will work closely with me to bring the delight and creativity of Pinkalicious to young people – and adults – everywhere!”

Victoria Kann is the award-winning illustrator and author of the “Pinkalicious” book series, which have sold over 17 million copies. The Pinkalicious character was inspired by her real life daughters, two girls with vibrant imaginations who love cupcakes, dress up and all things pink.