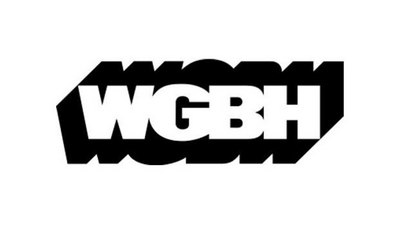 BOSTON, MA -- WGBH President Jonathan Abbott has announced that award-winning media executive Terry Fitzpatrick will join WGBH as Vice President for Children’s Education and Media. He succeeds Brigid Sullivan who, after 35 years with the Boston public broadcaster, is transitioning to a senior advisor role at the end of the year.

“Terry’s commitment to expanding the educational power of media for children and families makes him ideally suited to lead WGBH’s dynamic children’s and educational efforts,” says Abbott. “His vision for innovative, high quality content will advance WGBH’s mission and vital leadership role in supporting children’s success through new resources in educational media for the digital age.”

At WGBH Fitzpatrick will be responsible for overseeing WGBH’s highly acclaimed children’s series produced in Boston and seen nationally on PBS, as well as digital productions and educational initiatives for children, families and educators. He will oversee WGBH’s role as a partner and leader in STEM materials for the national online educational resource PBS LearningMedia, and lead new project development to expand WGBH’s learning tools and resources for the home and the classroom. “WGBH is one of the pioneers of driving educational impact for children, families and educators through public media,” says Fitzpatrick. “It is an honor to head up WGBH’s children’s and educational media group. I am excited to build on their incredible track record of success creating content across media platforms and providing access for all audiences.”

Prior to Sesame Workshop Fitzpatrick spent nine years at Showtime Networks where he was Vice President of Programming Finance and directed programming administration. Before that he was with the Joyce Theater Foundation in New York as Director of Finance and Director of the American Theater Exchange.

A native of Milwaukee, Fitzpatrick holds a Bachelor of Business Administration degree from the University of Wisconsin, Milwaukee, and a Master of Fine Arts from the Yale University School of Drama. He will join WGBH in November.

For more than 40 years WGBH has been committed to harnessing the power of media to benefit the nation’s children and addressing unmet educational and social needs with high-quality children’s programming for both public and commercial television, as well as digital platforms. WGBH is the single largest source of children’s programs seen nationally on PBS and the Web, and currently produces the top-rated program Curious George series, as well as the award-winning Arthur.