Popular Korean series leverages motion-capture as part of a new virtual production workflow; mocap actors can view shots as they are filmed, allowing for real-time collaboration with directors. 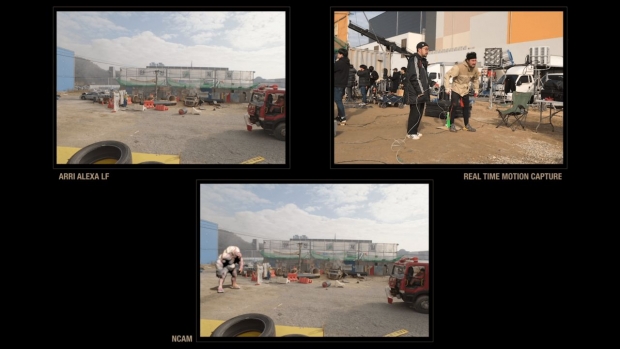 One of Korea’s leading VFX houses, Westworld’s credits include over 200 films such as The Soul Guardians, Guardian: The Lonely and Great God, and Mr. Sunshine. The company provided overall VFX work and digital creature creation on various K-drama titles under director Lee Eung-Bok.

Sweet Home presented the VFX house with unique challenges. In the show, humans turn into monsters that reflect their own individual desires. Westworld was tasked with creating numerous monsters to reflect a wide spectrum of human emotions.

On-set, the Sweet Home workflow combined real-time motion-capture and camera tracking, leveraging Xsens and Ncam respectively, with both supporting Unreal Engine’s Live Link plugin. Westworld harnessed the power of Xsens to shoot the virtual characters based on a real actor’s performance and movement with motion-capture. Linking external data from the next-generation motion-capture suits, this allowed for the control of the lighting, along with the characters’ location and size.

Driving data from the Xsens suit into Unreal Engine to create  virtual monster was optimized by the mocap actor’s ability to view the shot being filmed. The actor was able to monitor the monster’s movement in real-time as they performed. The director and production team were also able to offer guidance on the monster’s movement in real-time on site.

“The film industry is adopting more and more nonlinear processes,” commented Westworld supervisor Lee Byeong-joo. “We are in the early stages of using virtual production to film, but with professionals in the industry gaining a deeper understanding of this technology, the proliferation of this equipment and its benefits are continuing to revolutionize the film industry.”

The integration of Xsens technology and expertise facilitated a unique collaborative process saving the production team a significant amount of time and resources by using a real-time workflow. It also allows the actors and the director to communicate directly, adjusting performances in real-time. According to Xsens, Westworld is the first Korean production company to harness the benefits of virtual production. “Seeing our technology break down boundaries and open up new levels of efficiency and collaboration for our customers is something really special,” explained Xsens’ Remco Sikkema. “We are proud to have been part of this unique project, particularly putting our name on the map for the Korean film market.”