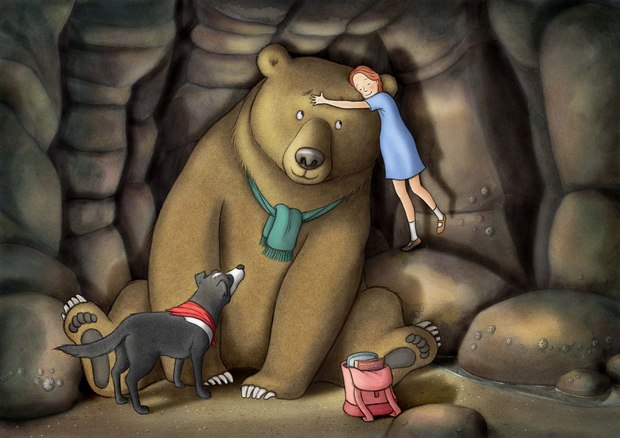 Announced last night at a special ceremony at Soho House, London, the CAMEOS are a collaboration between London Book and Screen Week and the Publishers Association to recognize the integral role books play within the creative industries as an inspiration for plays, film, TV and games. The award was presented by David Nicholls, the award-winning author of One Day and Starter For Ten. “We are thrilled that We’re Going on a Bear Hunt has won this prestigious new award,” said producer Ruth Fielding, picking up the award on behalf of Lupus Films. “The film was a labor of love for the production team that brought Michael Rosen and Helen Oxenbury’s wonderful work to life and this is a tribute to their hard work and talent.”

“We’re Going on a Bear Hunt only aired for the first time at Christmas and yet in that short space of time has gained a legion of fans and had so much positive feedback from children, parents and critics alike,” said Walker Productions’ Julia Posen. “We are all incredibly proud to receive this award, a wonderful acknowledgement of a much-loved picture-book story brought beautifully to life on a new creative platform.”

Featuring the voices of Olivia Colman, Pam Ferris and Mark Williams, and introducing an original song by George Ezra, We’re Going on a Bear Hunt was transmitted on Channel 4 over the Christmas period. Watched by over 8m viewers, it was Channel 4’s highest rated program of 2016 – across all genres. Made in the traditional hand-drawn animation style the film featured 100,364 drawings and 288 hand-painted backgrounds. It was co-directed by Joanna Harrison and Robin Shaw, with a script written by Joanna Harrison.

We’re Going On a Bear Hunt is a Lupus Films Production in association with Bear Hunt Films, Walker Productions and Herrick Entertainment for Channel 4 Television Corporation. With the support of Creative Europe - Media Programme of the European Union.