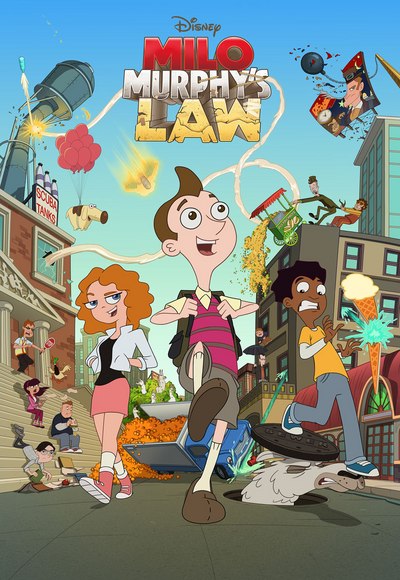 Born with Extreme Hereditary Murphy’s Law condition (EHML), a trait that has affected the men in the Murphy family for generations, Milo is always expecting the unexpected. No matter what goes wrong – and it constantly does – Milo is prepared for every possibility, armed with knowledge, a backpack of supplies, and an endless sense of optimism and enthusiasm that can turn any catastrophe into an adventure. In each 22-minute episode, comprised of two 11-minute stories, Milo, along with his best friends Zack and Melissa, find ways to think outside of the box while enjoying life’s obstacles.

Starring with Yankovic are Sabrina Carpenter and MeKai Curtis as Milo’s best friends Melissa Chase and Zack Underwood, respectively. Yankovic also performs the series’ theme song and other songs throughout the series.