CG-animated French/Canadian co-production directed by Eric Summer and Éric Warin arrives in the U.S. on April 21. 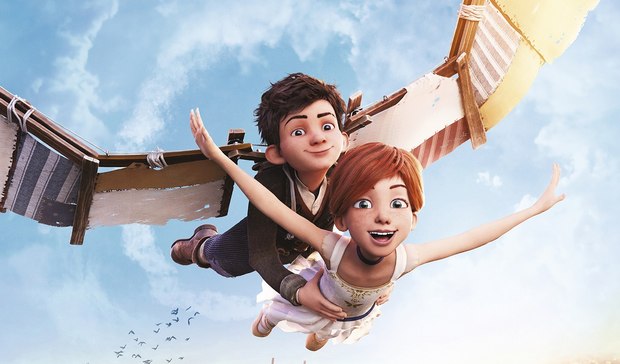 The Weinstein Company has released a full-length trailer and poster for French-Canadian co-production Leap!, which is due next month in North American theaters.

Starring the voice of Elle Fanning alongside supporting talent Dane DeHaan, Maddie Ziegler and Carly Rae Jepsen, Leap! is set in Belle Époque Paris. The CG-animated feature follows Félicie, an 11-year-old orphaned girl who arrives in the city with nothing but a driving passion to become a ballet dancer. Desperate, penniless and separated from her traveling companion -- a boy from her hometown who dreams of being a famous inventor -- she assumes the identity of a snobby rich girl and makes it into the famous Opera Ballet School. With the help of her friends and a mysterious caretaker, she evades the malicious whims of the school’s toughest instructor and learns that it takes more than raw talent to be a ballerina.

Leap! was directed by Eric Summer and Éric Warin, who previously served as an animator on director Sylvain Chomet’s The Triplets of Belleville. Produced in Montreal by Quad Productions, L’Atelier Animation‘s Main Journey and Caramel Film, Leap! is based on an original idea by Summer, with the original story created by Summer and Laurent Zeitoun, and original screenplay written by Carol Noble, Zeitoun and Summer. Zeitoun also served as the film’s producer alongside Nicolas Duval Adassovsky, Yann Zenou, Andre Rouleau and Valerie D’Auteuil.

The film was released in France under its original title, Ballerina, in December, and arrives in the U.S. on April 21. Check out the new trailer in the player below: