‘We Bare Bears’ Returns to Cartoon Network this April

The New ‘Ben 10,’ ‘Cloudy with a Chance of Meatballs,’ ‘Teen Titans Go!,’ and more also premiere. 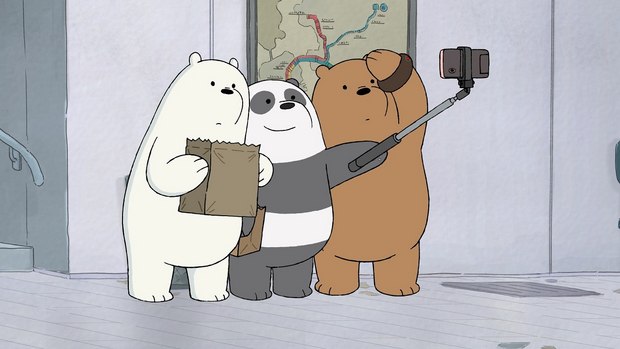 Grizz, Panda and Ice Bear along with their favorite friends and foes are back in all-new episodes of Cartoon Network’s We Bare Bears beginning Monday, April 3 at 7:00 p.m. (ET/PT).

See below for a sneak peek at We Bare Bears “Lucy’s Brother.”

Fans can watch the new episodes ahead of their linear premieres on the Emmy Award-winning Cartoon Network app. The programming lineup is below:

Cloudy With a Chance of Meatballs

New episodes air Monday through Thursday at 7:00 p.m. (ET/PT) all month long. The adorable baby bears are back for more laughs along with the returns of Lucy (voiced by Ellie Kemper), Nom Nom (voiced by Patton Oswalt), Chloe (voiced by Charlyne Yi), Charlie (voice by Jason Lee) and Ranger Tabes (voiced by Cameron Esposito). Highlights are below.