‘The Way of the Househusband’ Anime Style Divides Viewers

While the plot and voice acting of J.C. Staff and Netflix’s series are well done and entertaining, audiences are complaining the unconventional visuals feels more like a motion comic than an animated show. 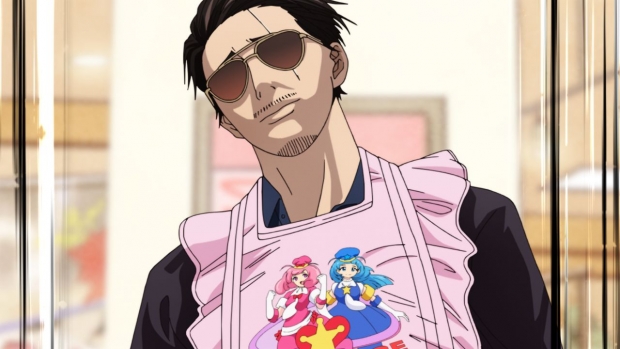 Do you love anime, oddball animation, and a seriously good laugh? Netflix’s The Way of the Househusband, a new anime series, may be for you.  The interesting ‘motion comic’ animation style, courtesy of studio J.C. Staff, has become divisive among viewers, as many feel it’s like a PowerPoint presentation with slowly panning still frames and minimal moving parts. Fans are reacting to the style on Twitter.

While many viewers believe the animation is bad and lazy, this may just be an artistic choice. Househusband is backed by those golden Netflix bucks, after all. More importantly, the plot, writing, and voice acting are well done and quite entertaining. Based on the popular manga of the same name, the series is described as “After disappearing from the underworld, the legendary yakuza Tatsu, ‘the Immortal Dragon,’ resurfaces – as a fiercely devoted stay-at-home husband.”

The first five episodes are available now, with the second half of the series coming soon. Will the bad press force the studio to revise the animation, or will Staff stick with his unconventional style? Judge the anime for yourself by streaming The Way of the Househusband now on Netflix.