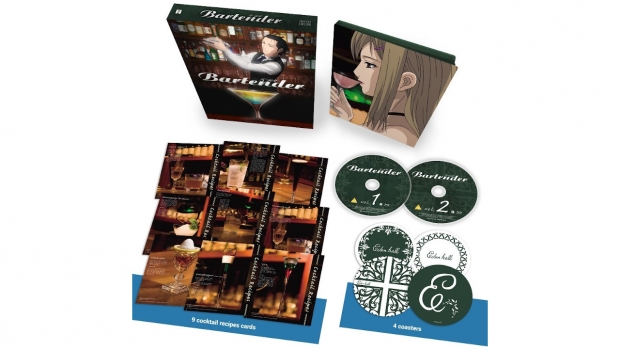 Every drink has a story, and every story needs a drink. Hidden in the Ginza district’s back alleys in Tokyo, is Eden Hall, an intimate bar run by the bartender Ryuu Sasakura, a genius at mixing the right drink for the right customer. Not just anyone can find Eden Hall, because Eden Hall must find you!

The anime series Bartender is based on the best-selling Japanese manga of the same name by Araki Joh and illustrated by Kenji Nagatomo. It is a charming and heartfelt anthology series that brims with captivating slice-of-life narratives. Since its initial debut in 2006, Bartender developed a worldwide cult following. The series was directed by Masaki Watanabe (Battle Spirits, Bakumatsu, KADO – The Right Answer), written by Yasuhiro Imagawa (Giant Robo the Animation) and produced by Palm Studios.