WATCH: Trailer for ‘Bilal: A New Breed of Hero’

Animated feature promotes ‘Power of One’ in advance of Feb. 2 theatrical release. 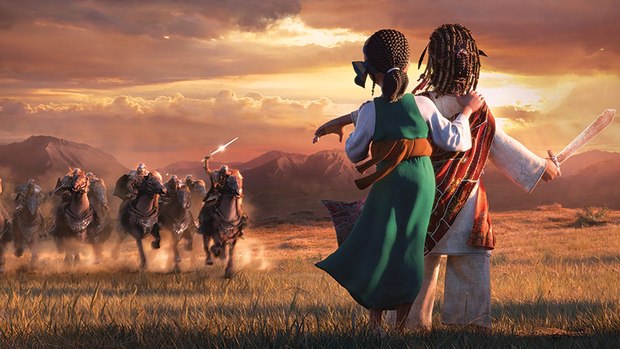 ‘Bilal: A New Breed of Hero’ opens in theaters Feb. 2.

Barajoun Entertainment and Vertical Entertainment have released a trailer for Bilal: A New Breed of Hero, an animated feature opening Feb. 2 in theaters as part of a campaign titled Power of One.

The story of the animated feature is inspired by the true events of the African slave Bilal ibn Rabah, a man whose story is similar to that of Martin Luther King Jr., who believed in the unity of mankind and equality of all people. Bilal used his gifted voice to speak out against injustices and took a stand for freedom despite the risks to his own life. Bilal, Martin Luther King Jr., and many others seeking equality throughout history inspire us all to find our inner power and take a stand for what we believe is right. They remind us of “The Power of One” – the belief that one courageous person can make a difference in this world.  A reminder that if each and every person embraces their own inner power it can be manifested as a force for good.