Benedict Cumberbatch provides the voice of the iconic character for the most-recent take on the classic Christmas tale. 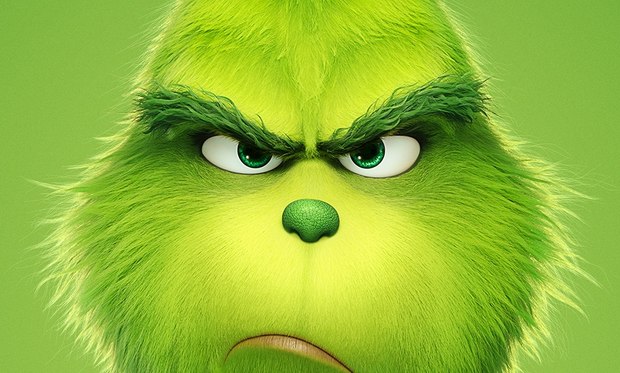 Illumination Entertainment and Universal Pictures have released a first-look teaser trailer for its upcoming feature film The Grinch, based on Dr. Seuss' beloved holiday classic.

Academy Award nominee Benedict Cumberbatch lends his voice to the infamous Grinch, who lives a solitary life inside a cave on Mount Crumpet with only his loyal dog, Max, for company. Each year at Christmas, the Whos in Who-ville disrupt his solitude with their increasingly bigger, brighter and louder celebrations. The Grinch realizes there is only one way for him to gain some peace and quiet: he must steal Christmas.

The Grinch is based on the 1957 book by Dr. Seuss, which was adapted into a classic 1966 animated television special directed by Chuck Jones and narrated by Boris Karloff, and into a 2000 live-action feature directed by Ron Howard and starring Jim Carrey.

Scott Mosier and Yarrow Cheney are directing the feature, which is being produced by Chris Meledandri and Janet Healy.

The Grinch is due in theaters Nov. 9.