Stop-motion homage to the silent, Russian classics from Los Angeles-based filmmaker and experimental animator John Cannizzaro takes a twisted look at the ongoing war between film and video. 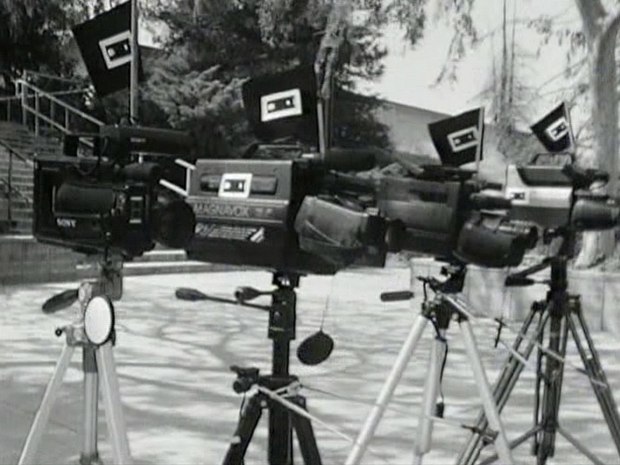 We’re feeling a little nostalgic today, so we thought we’d share 50 Feet That Shook The World, a stop-motion homage to the silent, Russian classics that takes a twisted look at the ongoing war between film and video. (Imagine Jan Svankmajer remaking Potemkin!)

The short film was created by Los Angeles-based filmmaker and experimental animator John Cannizzaro. Produced in 2003, the black-and-white short -- clocking in at two-and-a-half minutes -- was made for LA Flicker’s now-defunct annual festival of Super 8 films, “Attack of the 50 Foot Reels,” which required that submissions be created using only one roll of Super 8mm film. Additionally, the films must be edited entirely in-camera, and use sound created beforehand without the benefit of viewing actual footage.

Cannizzaro grew up in New England, where he made several short films before relocating to Los Angeles in 1990. There he completed his first short, Critical Mass, which was reviewed by Paul Malcolm in the Nov. 22, 1996 LA Weekly as a “low key tale of guttersnipe mysticism.” Still working primarily in Super 8 film, Cannizzaro completed several additional short films, including Gulliver’s Travels and 50 Feet That Shook The World, as well as a full-length feature film, The Left Hand Path.