In memory of the Marvel legend, animator Aron Fromm has released an animated short featuring audio of the late great comic book writer, editor, publisher, and producer speaking about the usefulness of cursing. 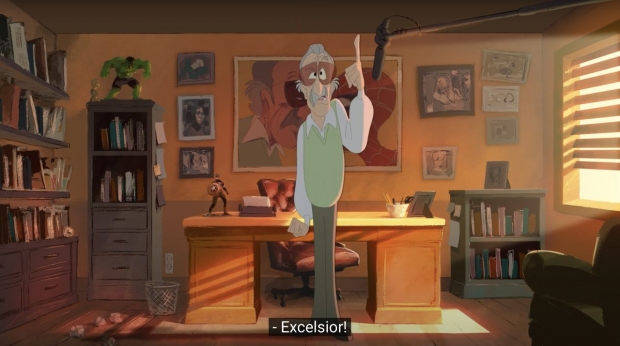 Get ready to hear Marvel legend Stan Lee as you’ve never heard him before. It’s easy to assume Lee was as wholesome in life as he was during his illustrious career as a comic book writer, editor, publisher, and producer. However, that ideal has been flipped on its head thanks to Aron Fromm, who has shared an animated clip created from one of his audio files of the late great Lee. Watch the hilarious and charming clip below, in which Lee discusses his favorite curse word (viewer discretion advised!):

Speaking of everyone’s favorite “F” word, Lee says, “It is probably the most useful word in the English language, ‘Cause it could be a verb, it could be a noun, it could be anything.” You heard it here first: one of the most prolific writers and producers of comic book content found curse words infinitely useful. That’s a hot writing tip. Lee wanted to start a “movement” to “legalize and legitimize” the word, so let’s fucking do it! Excelsior!

The animated short, whose quality is akin to Disney, was created by animator Richard Plata, with character design by Kosperry, and backgrounds by Guillaume Arantes.