The most recent single from upcoming 70s-aesthetic album ‘Daddy’s Home’ features psychedelic 2D animation that is nostalgic yet gloomy. 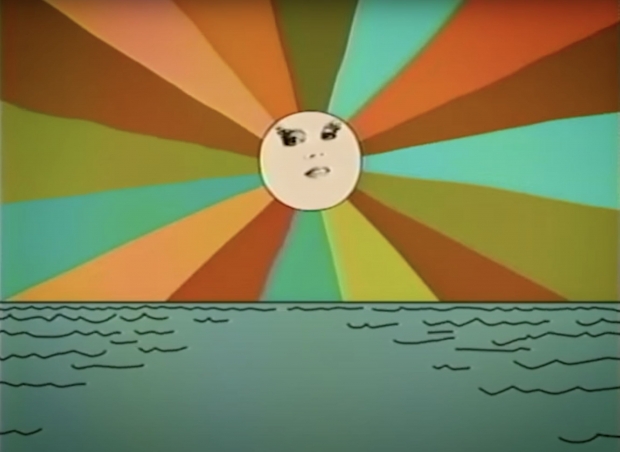 The Age of Aquarius is upon us once more with St. Vincent’s new music video, The Melting of the Sun. The piece features vintage, 70s style animation by Chris McD that delivers a huge dose of nostalgia.

Don your best daisy chain, pop some mushrooms, and watch the groovy The Melting of the Sun video now:

The song is the most recent single from artist’s (aka Annie Clark) upcoming 70s-aesthetic album, Daddy’s Home. While delightfully sentimental, the song also ushers in an undercurrent of sadness. Clark describes the sound as, “being down and out downtown in New York, 1973. Music made in New York from 1971 to ’76, typically post-flower child, kick the hippie idealism out of it, America’s in a recession but pre-disco, the sort of gritty, raw, wiggly nihilistic part of that. It’s not a glamorous time, there’s a lot of dirt under the fingernails. It was really about feel and vibe but with song and stories.”

In a previous interview with Rolling Stone, Clark said of the recent single, “People tried to quiet [women in entertainment] when they were saying something that was righteous or true or hard to hear. [Melting of the Sun] in particular is a love letter to strong, brilliant female artists. Each of them survived in an environment that was in a lot of ways hostile to them.”