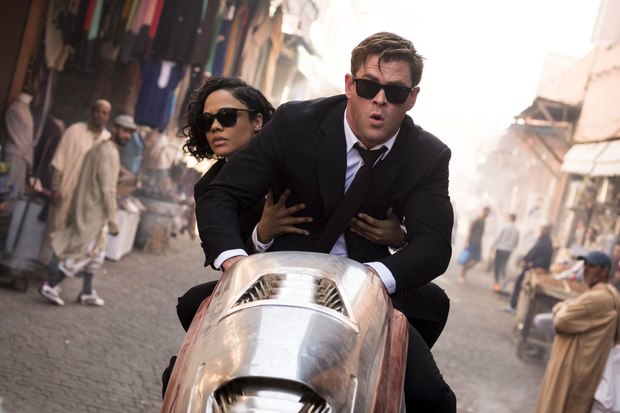 With all the bravado, panache and fashion sense associated with the Men in Black franchise, Tessa Thompson, as Agent M, and Chris Hemsworth, as Agent H, take the fight to London in Sony’s Men in Black: International, an MIB prequel that also stars Emma Thompson and Liam Neeson. The film hits theatres June 14.

In the new trailer, we learn the “problem” in London is not just a mole in the organization, but “the Hive,” a deadly group of never-before-seen adversaries that can take any shape… such as other Men in Black. With no one to trust but each other, and the most powerful weapon in the galaxy at hand – what could go wrong with a simple test of its power - the “Men… and Women in Black” do their best to save everyone on the planet.

The film is directed by F. Gary Gray from a script written by Art Marcum and Matt Holloway, based on Lowell Cunningham’s Malibu Comic. Walter F. Parkes and Laurie MacDonald are the film’s producers. Steven Spielberg, E. Bennett Walsh and Barry Sonnenfeld are serving as executive producers.