Snoopy dons his Flying Ace costume to buzz the Eiffel Tower, while Charlie Brown has a bit of an embarrassing moment in the movie theater. 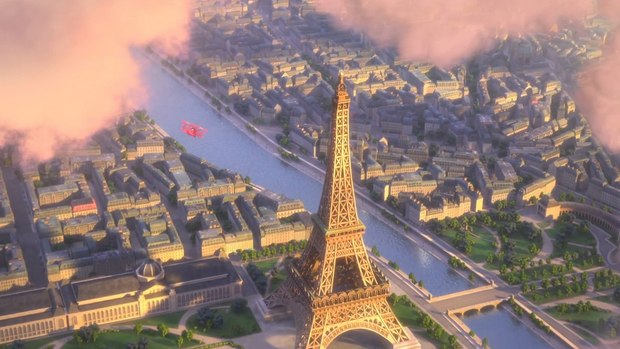 In a new trailer for The Peanuts Movie, Snoopy dons his Flying Ace costume to buzz the Eiffel Tower, but turns out only to be dreaming. Meanwhile, Charlie Brown has a bit of an embarrassing moment in the movie theater. Good grief!

For the first time ever, Snoopy, Charlie Brown and the rest of the gang fans know and love from Charles Schulz's timeless “Peanuts” comic strip will be making their big-screen debut like they've never been seen before in a CG-animated feature film in 3D.

Snoopy, the world’s most lovable beagle -- and flying ace -- embarks upon his greatest mission as he takes to the skies to pursue his arch-nemesis The Red Baron, while his best pal, Charlie Brown, begins his own epic quest. From the imagination of Charles M. Schulz and the creators of the ICE AGE films, THE PEANUTS MOVIE will prove that every underdog has his day.

Directed by Steve Martino and produced by Paul Feig, Peanuts is written by Schultz’s son Craig Schulz and grandson Bryan Schulz, and arrives in theaters November 6, 2015.