The ultimate “cat and mouse” duo return with all the expected mayhem in an eye-popping blend of classic animation-styled CG and live-action, slated for release on March 5, 2021 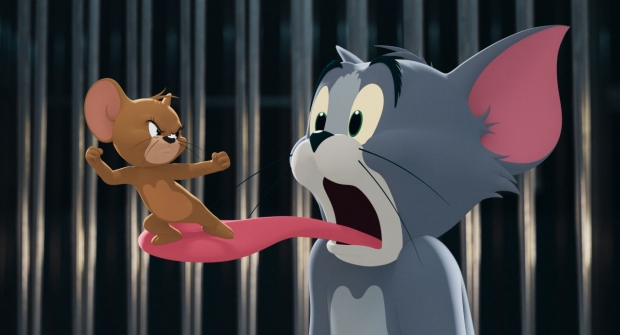 Ready for a game of cat and mouse? With heavy objects? Beloved classic cartoon characters Tom & Jerry are coming to the big screen, but this time it’s a little different. An eye-popping blend of classic animation-styled CG and live-action, Warner Bros’ Tom & Jerry stars the irascible duo in a new adventure that forces them to do the unthinkable… work together to save the day. Watch the trailer for this generation’s Who Framed Roger Rabbit:

One of the most beloved rivalries in history is reignited when Jerry moves into New York City’s finest hotel on the eve of “the wedding of the century,” forcing the event’s desperate planner to hire Tom to get rid of him.  The ensuing battle threatens to destroy the planner’s career, the wedding, and possibly the hotel itself. Lost in a cloud of claws and fur, no one expects a diabolically ambitious staffer to be conspiring against all three of them.