Watch: A Slew of ‘The Bad Guys’ Behind-the-Scenes Clips 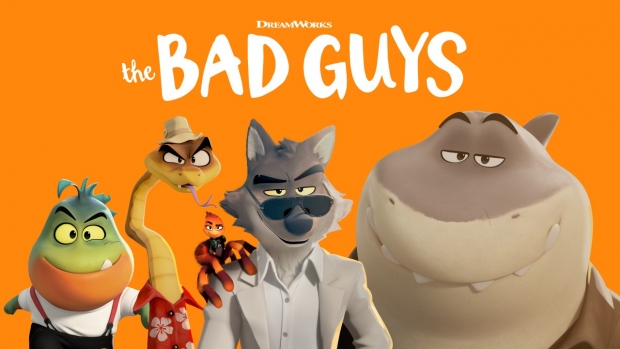 Lock the doors, draw the drapes - The Bad Guys are determined to break into your home… entertainment! Already available on Digital, 4K Ultra HD, Blu-ray, and DVD from Universal Pictures Home Entertainment, the DreamWorks Animation’s 3DCG animated comedy is coming to Peacock July 1.

Who can resist the notorious bad guys in this action-packed heist that follows a crackerjack criminal crew of animal outlaws about to attempt their most challenging con yet—becoming model citizens?

Based on the Scholastic children’s graphic novels by Aaron Blabey, the film showcases a crew of lovable and edgy characters bursting with personality, embracing individuality with each character’s unique skill set, ranging from hacking and disguise to muscle and drive.

Check out the Bad Guys’ bonus clips and prepare to be BAD:

The Bad Guys | The Party Infiltration | Behind The Scenes:

The Bad Guys | Learn How to Create Snake! | Bonus Feature:

The Bad Guys | Sam Rockwell as Wolf | Behind The Scenes:

The Bad Guys | Marc Maron As Snake | Behind The Scenes:

And in case you missed it, here’s the official trailer: