For composer Gabriel Hays, the new CG film’s merging of fairy tale and spy thriller storytelling let him explore themes of uncertainty, adventure, and discovery to create a score that is fun, whimsical, and has heart. 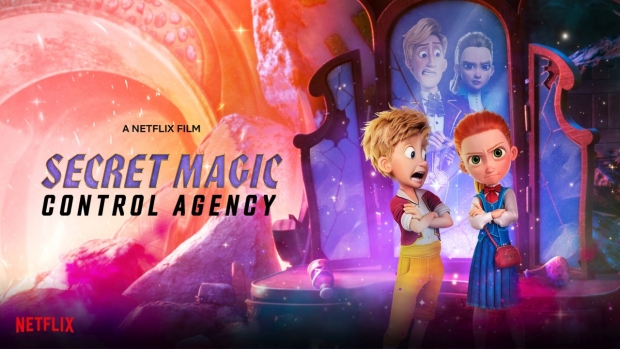 Yet Hays pulled from both seemingly disparate genre traditions to compose a fitting score for the film. He found that both types of music shared some commonalities – a sense of uncertainty, but also adventure and discovery, themes which easily lent themselves to this modern take on classic characters: fun, whimsy, and heart.

"As a fan of classic spy movies and great fantasy movies - as well as their scores - I was quite drawn to the blending of the two genres in Secret Magic Control Agency,” Hays explains. “It’s pretty unexplored territory. From a musical perspective, I was excited to figure out how to blend the swagger of spy movies with the whimsy of fairytales. I had a lot of fun pulling them together.”

He adds, “The extra twist that I was especially excited about was that the top agent at the SMCA was Gretel. I mean seriously, what’s cooler than a female secret agent? My two daughters would certainly agree. Until we get a Jane Bond, we have Gretel at the SMCA."

"This cue best encapsulates the blend of the secret agents energy with fairytale whimsy and magic."

Clip: Back at the SMCA

"We feel the grandeur and promise of the SMCA in this cue. Simply put, this agency kicks butt!"

Clip: Looking at You Not Kid

"This is all about the journey Hansel and Gretel have together. The adventures they go on and how they come together.”