The series takes a behind-the-scenes look at the talent creating the company’s most popular games; the newest episode spotlights 3D character artist Annie Kwon, who works on the skins team for ‘League of Legends.’ Riot Games released the third episode of its YouTube series, The Riot Games Super Art Power Hour, a monthly long-form educational show giving viewers a behind-the-scenes look at the creative process of some of Riot’s most talented artists.

The new episode, “Character Art,” features Annie Kwon, a 3D character artist, who works on the skins team for League of Legends, one of the most-played PC games in the world. She takes the concept art featured in previous episodes and brings it to life. Kwon discusses the process involved in creating Riot Games’ unique skins, which allow players to personalize their favorite characters. She also walks viewers through her creative process in real-time, demonstrating how she navigates critical gameplay-based constraints and offers tips and advice from years of industry experience.

Each series episode builds on the others and shows how many people it takes to bring players’ favorite champions and agents to life. With this series, Riot is peeling back the curtain and sharing the creative process of making games to encourage and inspire the next generation of artists and game developers.

Catch up with the first two episodes: 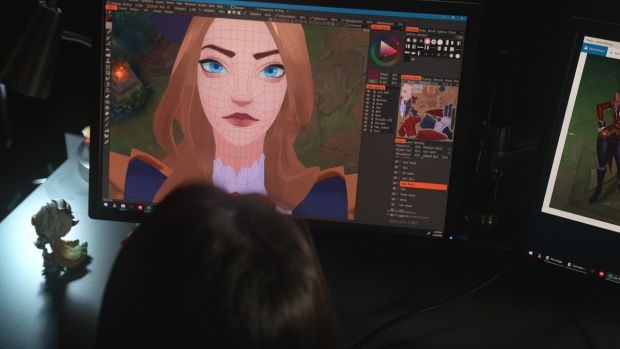