The studio, and VFX supervisor Nhat Phong Tran, garner an Emmy nomination for their VFX work, delivering over 400 shots on Season 3 of HBO’s futuristic sci-fi thriller. 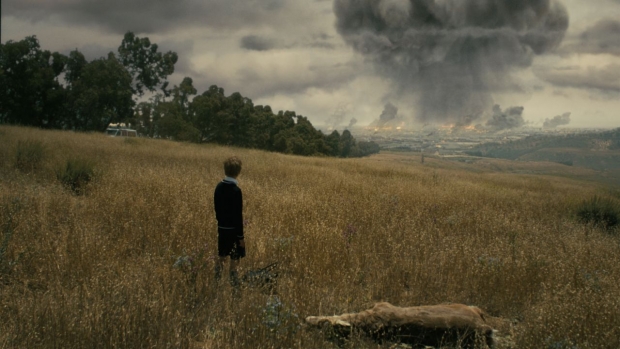 Leading design company Pixomondo has just shared with AWN a breakdown reel highlighting their Emmy Award-nominated VFX skills on HBO’s futuristic sci-fi thriller, Westworld, Season 3. Pixomondo VFX supervisor Nhat Phong Tran, nominated this year along with eight other artists for an Emmy in Outstanding Special Visual Effects, led the studio’s team on the series, delivering just over 400 shorts over the course of one year of production. This is Pixomondo and Tran’s third consecutive nomination in the same category, getting the nod last year for The Orville and in 2018 for Westworld Season 2.

Pixomondo’s involvement in Westworld Season 3 primarily involved world building; in particular, they worked on the world outside Westworld that the audience has never seen during the previous two seasons but always knew existed. “This season, Pixomondo was majorly involved in building the Westworld future version of Los Angeles including its greater metropolitan areas,” Tran explains. “Unlike other sci-fi imaginations of future Los Angeles, Westworld’s Los Angeles shows a beautiful symbiosis of art, architecture, urbanism and nature mostly inspired by the city of Singapore and architect Bjarke Ingels. We were also designing a few vehicles - cars that were part of the more non-descript background traffic, and also a superyacht that was sitting in front of Santa Monica as part of an establishing sequence to LA.”

“We were also heavily involved in creating LED screen aerial BGs that show our future LA,” he adds. “Creating the LED screen BGs required advanced tracking and stitching since the plates were shot on three 6k Sony Venice cameras that were all supposed to play seamlessly together on a large LED screen.”

According to Tran, their biggest sequence was the establishing and approach to LA in episode 301. “Since we are tracking and following Dolores and Liam from Liam’s superyacht off the coast of Santa Monica all the way to Downtown LA, we wanted to make sure every shot was beautiful and that there’s realism in terms of continuity of buildings and layout. We built a 3D model of the entire city as the basis for aerial camera tracking. Using that city-wide tracking geometry, we were able to place and layout all buildings on a metropolitan scale.” “Also, it was a big challenge to build and design buildings that would fit [Jonathan Nolan] Jonah’s vision of future LA,” he continues. “We went through several iterations to get the right balance between art, functionality and nature. To make buildings not repetitive we also had to think about creating a procedural approach to generate an arbitrary amount of buildings that would all follow a similar design language without looking identical but unique. All that generated imagery was inserted into live-action plates either used directly as shots or used on a LED screen as part of principal photography. That includes plenty of shots when we’re inside the airpod with our heroes/heroines watching the beautiful landscape outside of the window or when we’re on the ground seeing the skyline of the city.”

Like with so many other productions AWN has written about over the last months, Pixomondo’s work on the series was greatly impacted by the COVID-19 pandemic. “Another big challenge was the breakout of COVID-19 towards the end of the season and the requirement for all of us to learn and adapt to that new situation,” Tran reveals. “Not only technological and infrastructural updates and adaptions had to be done, but also a lot of personal changes were required that were challenging on multiple layers at multiple tiers for all people involved.”