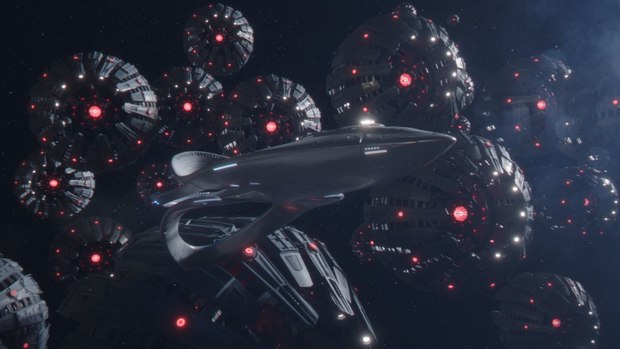 Leading design company, Pixomondo, has just shared with AWN a set of three reels that highlight the superb previs and VFX work the studio produced for Season 2 of Seth McFarlane’s hit science-fiction action-comedy TV series, The Orville. In the Fox show, McFarlane plays Ed Mercer, captain of the U.S.S. Orville, as he and his crew explore the wonders and dangers of outer space. Hijinks often ensue.

Led by VFX supervisor Nhat Phong Tran, who was nominated for an Outstanding Special Visual Effects Emmy this year for his work on the series, Pixomondo handled over 1,400 previs shots for the 13-episode season, including more than 350 for the highly acclaimed two-part “Identity” episode. Working with VFX producer Dan Carbo, CG supervisor Dan Smiczek and the previs department, Tran and his team spent a year on Season 2, starting in the writers’ room and finishing just a few weeks prior to final episode airing.

As you watch the previs reel, note the degree of detail in the shots, including lighting cues, ship designs, camera placement and blocking of the action. It’s obvious from the demonstrated shot comparisons that Pixomondo’s work played a much greater role than just action sequence visualization by providing MacFarlane a sophisticated creative tool for bringing his ideas to life in the early parts of production.

Tran, you might recall, was Pixomondo’s VFX supervisor for their work on the hit film, Crazy Rich Asians. AWN spotlighted their production of the film’s explosive finale back in February. This is Tran's second consecutive Emmy nom – last year, he was nominated for VFX work on the hit HBO series, Westworld.  This year's Emmy Awards ceremony is set for September 15 at the Nokia Theatre in Los Angeles.