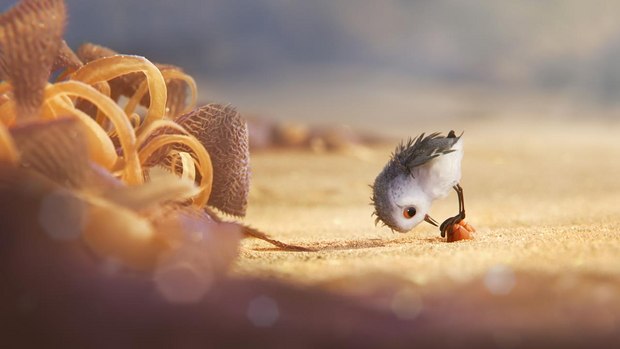 The six-minute Piper is directed by Alan Barillaro, the supervising animator on both WALL•E and Brave, and follows the hungry baby Piper, who must overcome its fear of the water. An allegory about the way children learn from their parents and from other children, this is a story about conquering and overcoming your personal fears.

“Seeing the way these sandpipers react to waves and run, I always felt, ‘Gosh, that’s a film, that’s a character,” Barillaro said earlier this year in an interview with Entertainment Weekly. “It’s always fun to show a world we’re familiar with but from a different perspective. We’ve all been to the beach, but have we ever viewed water from just an inch off the sand? That could be very fearful from a bird’s perspective.”

Piper premieres with Finding Dory in U.S. theaters on June 17, and in the U.K. on July 29.