Watch: ‘Philharmonia Fantastique: The Making of the Orchestra‘ Trailer

An animated, multimedia symphonic integration of music and film, the event comes to the Kennedy Center this week; also coming to theaters and a major streaming platform later this year. 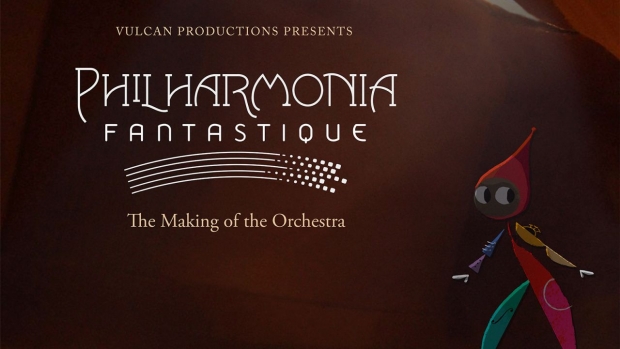 The world of classical music has gone high tech, integrating electronic sounds with high-definition video to create “films in concert,” multimedia symphonies that bring all these elements together. The latest example, Philharmonia Fantastique: The Making of the Orchestra an animated film to accompany a 25-minute concerto, is coming to the Kennedy Center this week.

Inspired to create something new for the emerging medium of “films live in concert,” composer and DJ Mason Bates, and Oscar-winning director and sound designer Gary Rydstrom approached animator Jim Capobianco about creating a vibrant and wordless exploration of the orchestra; their creative meetings took place at Skywalker Ranch in Marin, California.

Watch the trailer, to get a behind-the-scenes look at the creation of this multisensory experience:

Featuring a unique hybrid of animation and live-action filming, the animation team, led by Capobianco,  created a hand-drawn, 2D style film reminiscent of 1950’s French films. The team used high-definition special effects cameras, including probe lenses, to peer inside a violin, flute, and up close to brass valves. The film Philharmonia Fantastique: The Making of the Orchestra also features sound design built from the key clicks of woodwinds, taps on the body of string instruments, and vintage analogue synthesizers.

Philharmonia Fantastique will be released in theaters and on a major streaming platform in 2022. The soundtrack is available on SONY Classical and the film-in-concert package can be rented through Justin Ellis (North America) or Intermusica (rest of world).