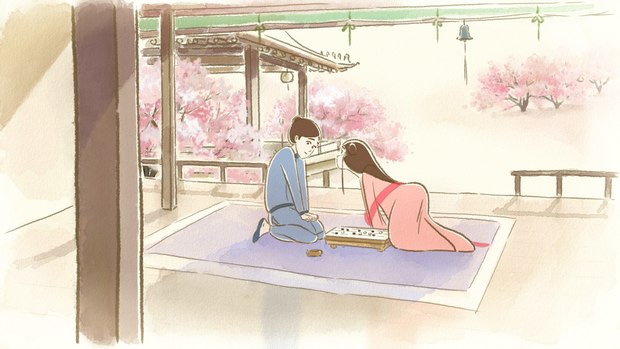 This one is available only through November 11, so watch it now! A beautiful story of a first love set in ancient China, First Bloom is a five-minute animated short film written and directed by Tingting Liu. The Oscar-qualified short won the award for Best Animation at the 2018 San Diego Comic-Con film festival, and has screened at a slew of other festivals, including SIGGRAPH Asia, Cinekid, Spain’s Animayo festival, and the U.K.’s Encounters festival, among others.

Independent director, animator and designer Lui originated from China, where she earned her BA in graphic design at the Academy of Art and Design of Tsinghua University. She went on to earn her MFA n animation from the Savannah College of Art and Design, launching Wintersweet Animation Studio in 2017 in order to produce more independent animation shorts and other film projects. As an animator, Lui has contributed to many award-winning animated features including LAIKA’s Kubo and the Two Strings and the forthcoming Missing Link, Blue Sky’s The Peanuts Movie, Ice Age: Collision Course, and Rio 2, as well as Pixar’s Cars 2.

The 2D animated short film was created using TV Paint animation software, brought to life by a core group of four artists along with a crew of volunteers working across China, Europe and the U.S. It follows a servant in the royal palace, who grows up alongside the emperor’s daughter, with the two of them becoming friends and soul mates. Naturally their budding feelings for each other are forbidden in this feudalistic kingdom, but they strive for the freedom to love and to bloom. Here’s the official synopsis:

Born in a poor family, the boy was sold at a very young age to be a servant of the emperor’s daughter in the royal palace. Sharing joy and sorrow, he and the princess grew up together, became friends and soul mates. However, their budding love seemed unrealistic in this feudalistic kingdom. More than a love story, First Bloom expresses the willing to revolt the ruthless oppression of traditional authorities, which is experienced by every individual struggled between old straitjacket and modern spirit, facing profound changes in society. One may suffer, one may feel lost, but in the unyielding pursuit for purity and beauty, we will always strive for the freedom to love and to bloom.

One question Liu regularly receives from western audiences is whether the servant in First Bloom is a boy or girl. “Because I am from China, the whole society there are still very sensitive, maybe government could ban it if I say it is a girl,” she says. “So I try to blend the gender on purpose. If I am talking to Chinese audience, probably most of them feel that servant is a boy, then he probably is a Eunuch. If it is western audience and they think that is a girl I am very welcome, any kind of pure love need be fully respected in my opinion,” she comments.

“The most important thing is: they fight for love till the end,” Lui continues. “I know people from different background and culture all need face that powerful wall and the hopeless feeling, I hope they could be brave and fight for good things, that is the key. That is also my feeling as Chinese female director first time producing and directing after I fully graduated in USA. It is really very difficult. Because I grew up in a traditional Chinese family, I never dared to try so many things until I was given the chance to know so many talented and encouraging people!”

Watch the full short film while it’s still available online in the player below, and be sure to check out the making-of video further down: Want more? Head over to the Wintersweet Animation website to learn more about how First Bloom was created, including character designs, backgrounds, and the development of the visual style: wintersweetanimation.com/firstbloom.