Watch: Opening Scene of Studio Ghibli’s ‘Earwig and the Witch’

The famed Japanese animation studio recently took to Twitter to debut the opening 2 ½ minutes of their upcoming 3D/CG animated movie, directed by Goro Miyazaki and featuring the voice of Kacey Musgraves. 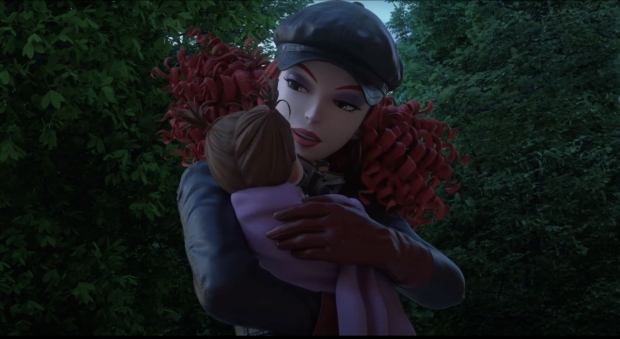 We smell a controversy maybe not so controversial! Studio Ghibli has taken to Twitter to gift us the opening scene of their upcoming 3D/CG animated feature, Earwig and the Witch, which features the English-dubbed vocal stylings of Kacey Musgraves (Frozen II). The film is the venerable studio’s first 3D/CG offering, created by Oscar-winning Hayao Miyakzaki’s son, Goro (Tales from Earthsea). Unfortunately, it has faced quite a lot of backlash ahead of its release due to supposedly poor-quality animation, from fans often looking for the 2D animation they’ve come to love from the studio.

Watch the opening scene of Earwig and the Witch below to see for yourself:

Thought the CGI is crisp, clear, and vibrant, it does seem to lack emotion, a trait Studio Ghibli is usually known for. Fans have risen up once again to share their distaste:

this is disappointing to see, the more I watch clips of it the more I hate it. it really just doesn't have the same charm as Ghibli classics. The 3d animation is off putting and the emotions and beauty Ghibli is known for just isn't there.

While the art style is much different than what we have come to expect, the film does seem to have its own charm; one opening scene is not enough to judge the film’s entire emotional scope. Perhaps Earwig’s mother is just a deadpan person. Maybe that’s how the witches in this universe behave. Let’s give the film the time and grace to be an innovative and unique offering without a rush to judgement comparing it to what has come before. Earwig was even recently announced as on of 27 Oscar eligible films, so we’ll be withholding all opinions for now.

Earwig and the Witch opens in select theaters on February 3 and will be available to stream on HBO Max starting February 5.