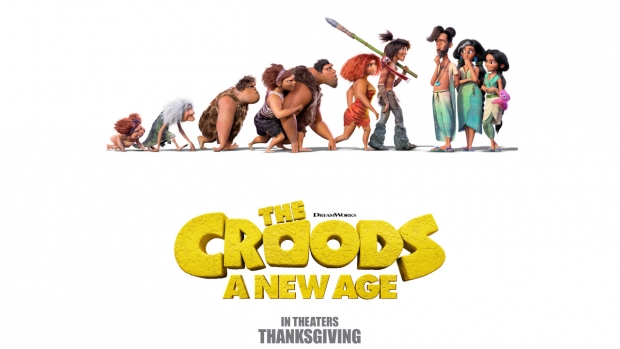 DreamWorks Animation and Universal Pictures have just dropped the official trailer for their upcoming animated comedy, The Croods: A New Age, now set for a November 25 release, just in time for Thanksgiving, after last week’s announced move from its originally scheduled December 23 debut.

The long awaited “Croods 2” sequel, as it was known for many years, continues the story of the studio’s 2013 hit, The Croods, which was written and directed by Kirk DeMicco and Chris Sanders. Joel Crawford, who has worked on multiple DreamWorks Animation films, including Trolls and the Kung Fu Panda franchise, is directing; Mark Swift (Captain Underpants: The First Epic Movie, Madagascar 3: Europe’s Most Wanted) joins him as producer.

Early work on the sequel was halted by then Universal Pictures chairman Donna Langley in 2016 after NBCUniversal’s DreamWorks Animation purchase; earlier that year, the film’s scheduled summer 2017 release had been pushed by distributor Fox to Christmas. In October 2017, Crawford was announced as the sequel’s director and the film was back on the schedule for a 2020 release.

The film synopsis is as follows:

The Croods have survived their fair share of dangers and disasters, from fanged prehistoric beasts to surviving the end of the world, but now they will face their biggest challenge of all: another family